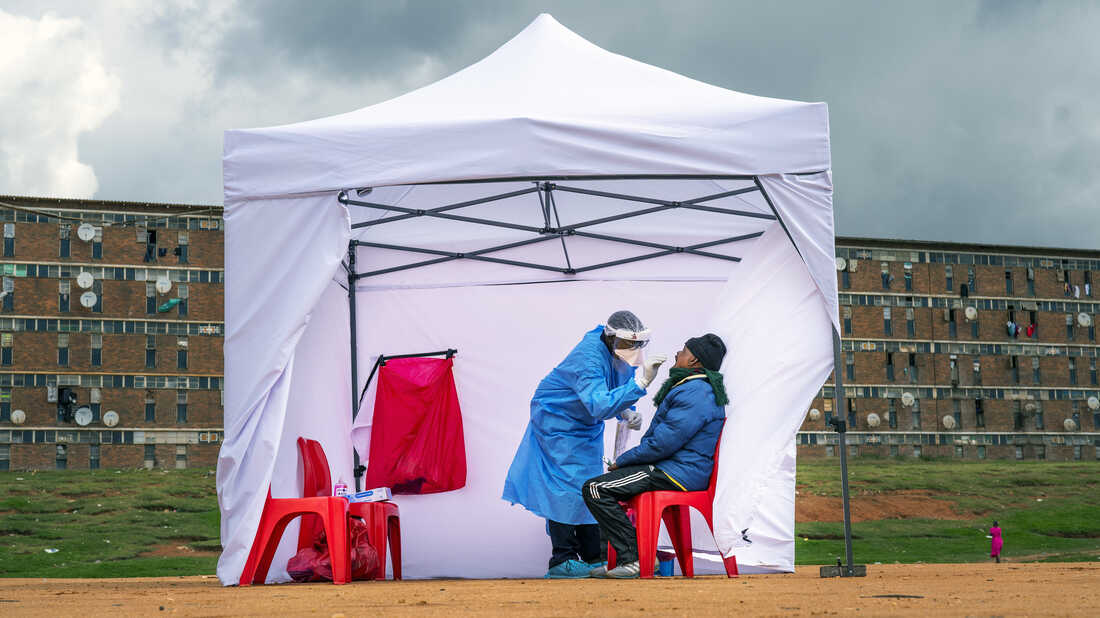 A resident from the Alexandra township gets tested for the coronavirus in 2020. A new coronavirus variant has been detected in South Africa that scientists say is a concern because of its high number of mutations and rapid spread among young people in the heavily populated province of Gauteng. 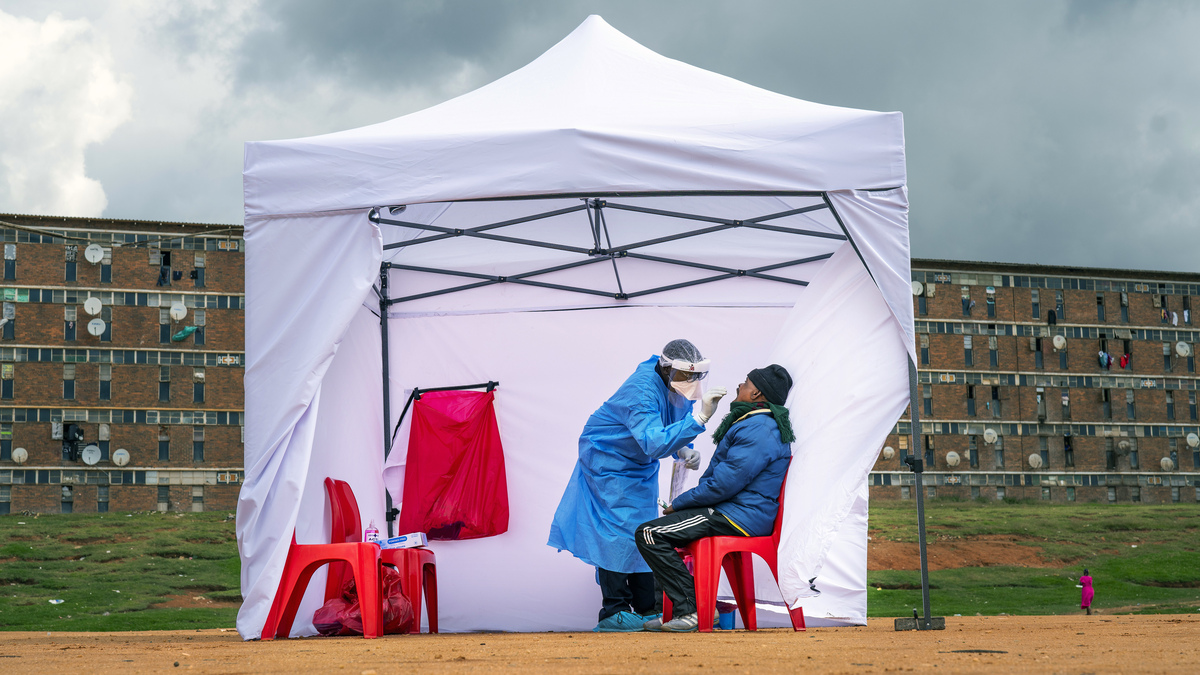 A resident from the Alexandra township gets tested for the coronavirus in 2020. A new coronavirus variant has been detected in South Africa that scientists say is a concern because of its high number of mutations and rapid spread among young people in the heavily populated province of Gauteng.

The U.S. is putting travel restrictions in place in response to a new variant of the coronavirus circulating in southern Africa, senior officials with the Biden administration said.

The restrictions, which are set to take effect on Monday, are being implemented “out of an abundance of caution,” said a senior Biden administration official.

The World Health Organization announced Friday that it deems this a variant of concern and has named it omicron.

Here’s what we know so far about the new variant — and what we don’t.

New coronavirus variants crop up all the time. Why are health officials so concerned about this one?

The omicron variant has been detected at faster rates than previous surges, suggesting it may have advantages over other variants. The WHO says the detection of the variant in South Africa coincided with a steep increase in cases there, and that its prevalence is increasing in almost all provinces of the country. The variant has caused a particularly fast rise in cases in the city of Pretoria, where it went from being essentially undetectable several weeks ago to now dominating the outbreak in a major city. Cases have also cropped up in Botswana, Belgium, Hong Kong and Israel during a relatively short period of time.

Why is it spreading so fast?

Scientists don’t know yet, but they believe it has to do with the variants’ mutations. “This variant has a large number of mutations. And those mutations have some worrying characteristics,” said Dr. Maria Van Kerkhove with the WHO’s Health Emergencies Program, in a video statement. Scientists say the variant has a number of mutations that are known to boost transmissibility, and others that can help the virus infect cells more easily. But they caution that there isn’t enough data yet to know for sure if that’s the case.

What about the vaccines? Are there any signs the vaccine will be less effective against this variant?

That is a critical question. There are hints in the virus’s genes that vaccines could be less effective against it, and that there there could be a higher risk of reinfections. In particular, the variant has multiple mutations that are already known to help the virus evade the immune system — to resist antibodies, and avoid detection by some of the body’s frontline defenders. But again, scientists don’t have enough data to say for sure. Researchers in South Africa and elsewhere are working to figure that out, by taking blood from people who have been vaccinated and then seeing how well the antibodies in their blood work against the omicron variant. They hope to have more data in a few weeks.

The Biden administration has already announced new travel restrictions. Who does it affect?

The list of countries includes South Africa, Botswana, Zimbabwe, Eswatini, Lesotho, Malawi, Mozambique and Namibia. The policy does not apply to American citizens or lawful permanent residents, but they must still test negative for the coronavirus prior to travel. About a dozen other countries have taken similar action, including the U.K. and some countries in Europe.

This is a breaking news story. As often happens in situations like these, some information reported earlier may turn out to be inaccurate. We’ll move quickly to correct the record, and we’ll only point to the best information we have at the time.

Covid-19 death rates are lower worldwide, but no one is sure whether that’s a blip or a trend – The Washington Post

Russia records first case of H5N8 avian flu in humans, alerts WHO – The Times of Israel