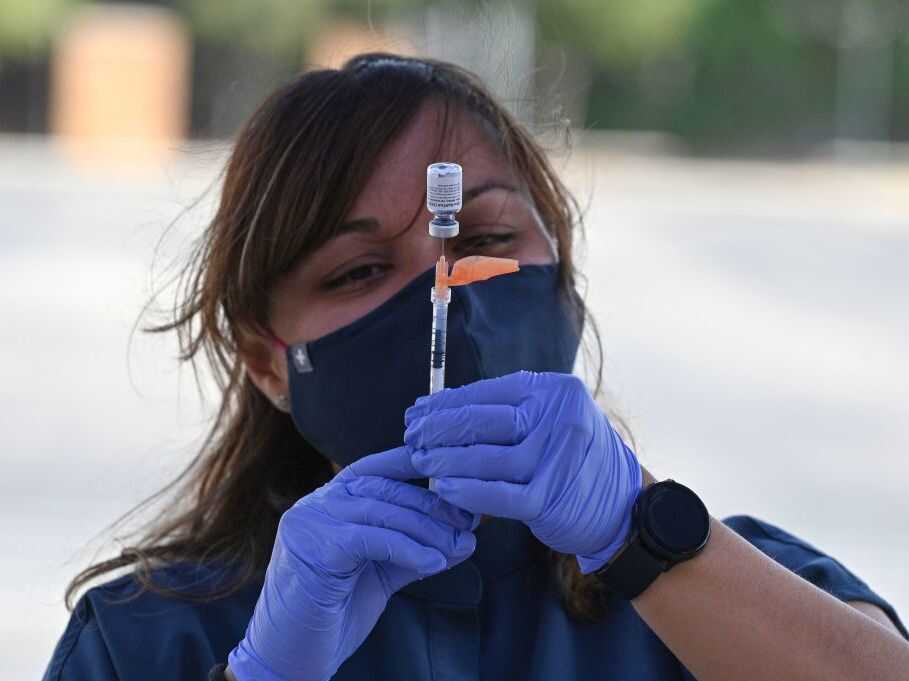 Booster shots are authorized for all U.S. adults, but some are wondering if they need them. A nurse fills a syringe with Pfizer-BioNTech Covid-19 at a pop up vaccine clinic in the Arleta neighborhood of Los Angeles, California. 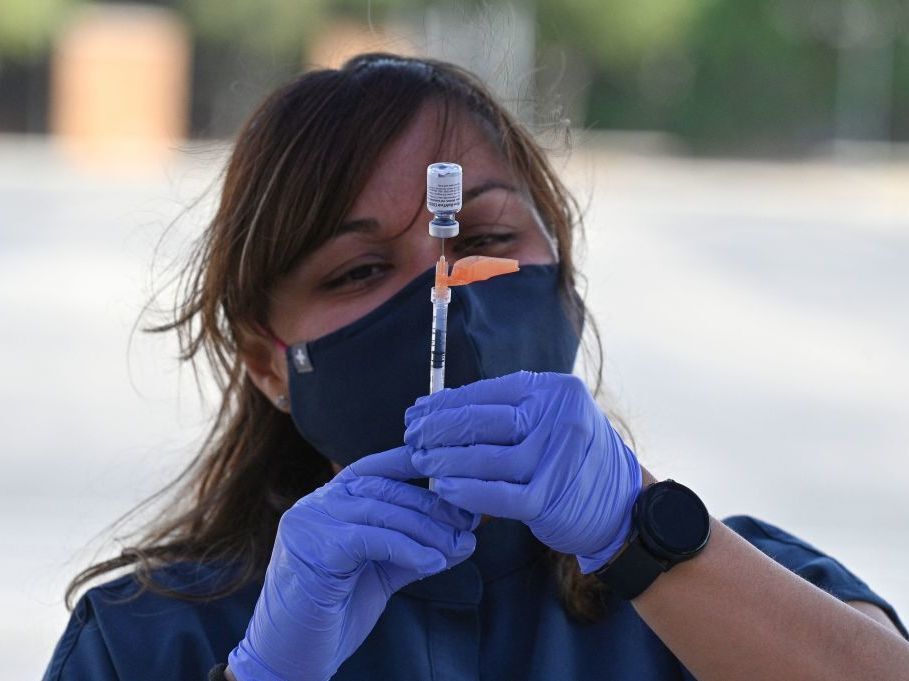 Booster shots are authorized for all U.S. adults, but some are wondering if they need them. A nurse fills a syringe with Pfizer-BioNTech Covid-19 at a pop up vaccine clinic in the Arleta neighborhood of Los Angeles, California.

Federal health officials are urging Americans to shore up their immunity ahead of the winter holidays by getting a COVID-19 booster shot. But not everyone is working with the same defenses when it comes to keeping the virus at bay.

More than 47 million people in the U.S have already caught the coronavirus, at least according to officially-recorded numbers. In reality, it’s probably many millions more.

Some undetermined share of those people are also vaccinated, meaning they now possess what scientists call hybrid immunity. This is what happens when your immune system has essentially done both a dress rehearsal of fending off the virus — courtesy of the vaccine — and a real life real performance — thanks to the virus.

So if you’ve already had a symptomatic case of COVID, do you really need a booster?

It’s probably not a shock that scientists still aren’t entirely sure. Boosters haven’t been available all that long for most Americans, and the studies to understand just how necessary they are for everyone — let alone those who’ve been infected and vaccinated — still need to be done.

But scientists say their best guess is that, by all accounts, people with hybrid immunity already have better immunity than vaccinated people who never got COVID or people who got COVID but not the vaccine.

“It’s fair to say that your immunity is likely going to be stronger so that the chance of getting sick, especially with the delta variant, is very, very low,” says Dr. Duane Wesemann, an immunologist at Brigham and Women’s Hospital and Harvard Medical School.

Think about the immune system and the coronavirus like you would learning an instrument: practice once and you’ll remember the song the next day, but — if you stop — you probably will not a year later. “The same principles apply with the immune system,” says Wesemann. “You’ll dedicate more time, invest more effort into holding on to something that you’ve seen several times.”

And if you’ve been infected and vaccinated, that’s already a lot of practice.

Just because you have this more robust immunity doesn’t mean it’s a bad idea to get a booster, though. This is particularly true if you are already predisposed to developing severe COVID-19, says John Wherry, director of the Institute for Immunology at the University of Pennsylvania.

All of this is still being studied, but Wherry says there’s no reason to think it would be risky for people with hybrid immunity to get an extra shot.

“The safety profile looks pretty similar during primary vaccination and boosters and it does not look to be terribly different depending on whether you previously had COVID or not,” he says.

Our best picture of the powers of hybrid immunity comes from studying people who were infected and then later vaccinated — what some scientists have even described as “superhuman immunity.”

“That sort of looks like you’re already getting a booster quite dramatically,” says Wherry. “They would be probably lowest on my priority list of who needs the booster shot.”

Research shows that people with this type of hybrid immunity produce more antibodies and this response is not only more stable, but that it’s really robust across variants, says Wesemann, whose lab has studied the immune response in people who’ve been infected and are subsequently vaccinated.

So what about a person’s level of protection for the opposite scenario — when a fully vaccinated person later has a breakthrough infection? “You would presumably have superior immunity at this point,” says Dr. Gregory Poland, director of the Mayo Clinic’s Vaccine Research Group.

Most likely, this brand of hybrid immunity would rival what’s seen in people who recovered from COVID-19 and then got vaccinated, but there could be subtle differences in the details of the immune response, says Wherry. “But these things that might be different may not matter for any given person to ward off the next infection.”

All of this needs to be studied to arrive at a more conclusive answer. Until then, the takeaway is the same regardless of how you arrived at hybrid immunity: There’s no great urgency to get a booster for people who are otherwise healthy and low-risk. But if you’re higher risk due to underlying conditions, or live or work closely with someone who is, it could be a good added layer of protection, for you and those around you.

“The potential benefit of it providing greater immunity are there and the risks are small,” says Wesemann. “I would probably recommend it for a group of individuals that I thought were at high risk.”