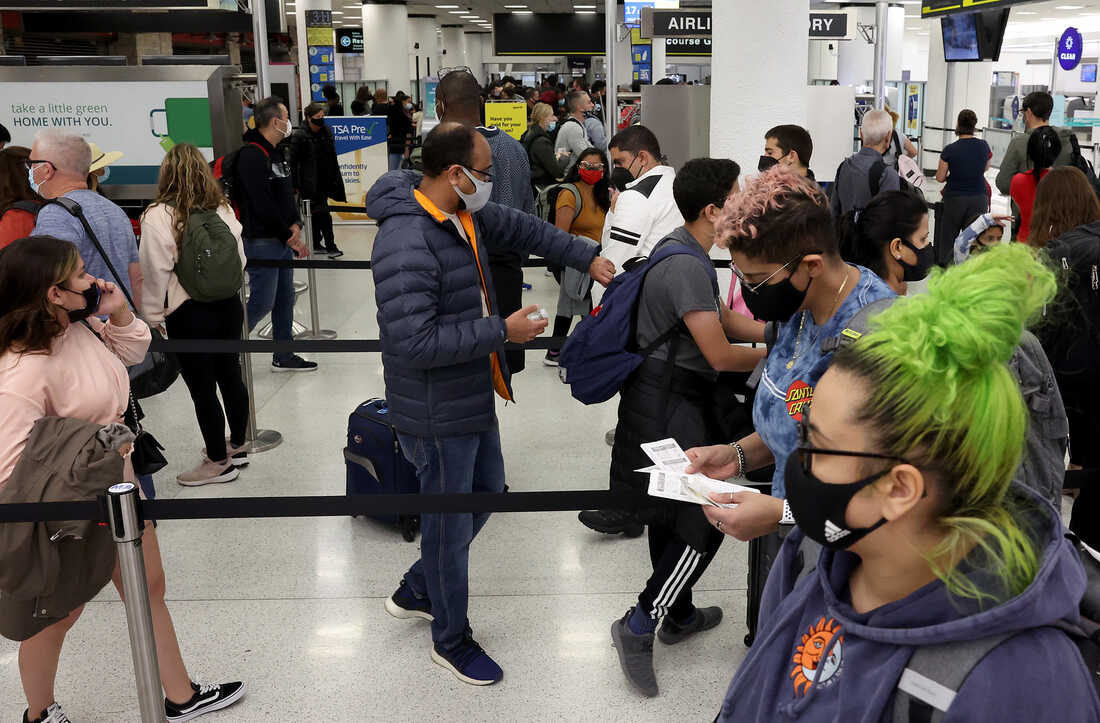 Travelers make their way through Miami International Airport on Tuesday in Miami. 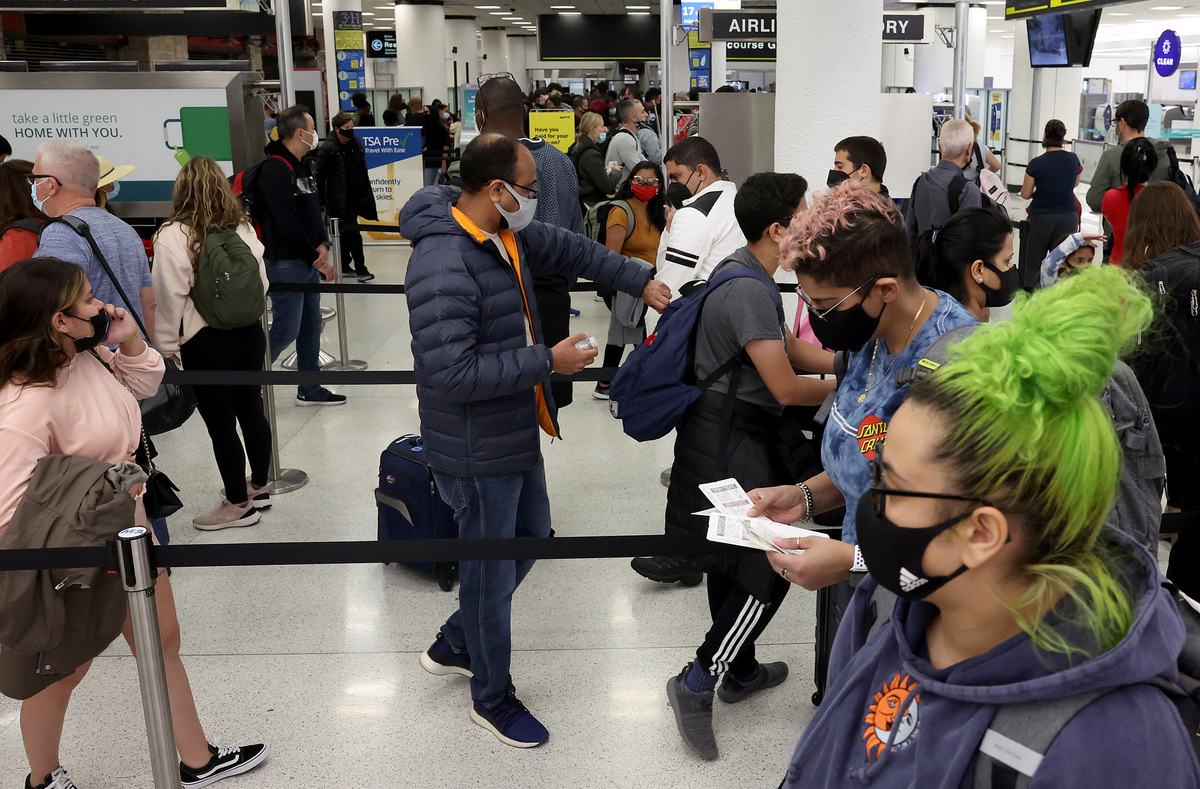 Travelers make their way through Miami International Airport on Tuesday in Miami.

In just a few weeks the U.S. will mark two years since the first confirmed case of COVID-19 in the country, and the number of new infections has never been higher.

The Centers for Disease Control and Prevention reported 486,428 confirmed coronavirus cases on Wednesday, the highest single day total since the pandemic began, according to agency data.

The spike — driven by the delta variant and the highly infections but potentially milder omicron strain — has snarled holiday plans for many and presented a big question mark at the start of the new year, now the country’s third in the pandemic.

One area that’s been walloped by the recent surge in COVID cases is airline travel, and those attempting to fly during the holidays continue to face an uphill battle to get off the tarmac.

Airlines canceled more than 2,400 U.S. flights by midday on Saturday, according to the flight tracking website FlightAware. Chicago, which is also under a winter storm warning, was experiencing hundreds of cancellations at its two main airports.

There were another 2,000 delays impacting U.S. flights.

And more disruptions to air travel could be ahead. The Federal Aviation Administration warned that an increase in the number of air-traffic control staff testing positive for COVID could lead to more flight disruptions, according to The Wall Street Journal.

“To maintain safety, traffic volume at some facilities could be reduced, which might result in delays during busy periods,” an FAA spokesperson told the newspaper.

It’s not only airlines that have been impacted by the recent surge. The CDC said there’s also been an increase in the number of COVID cases among cruise ship staff and passengers, and it’s warning people to avoid cruise travel regardless of their vaccination status.

The list of universities opting to start the upcoming semester with remote instruction continues to grow, too.

Duke University, American University and Michigan State University were among those to announce this week that they were delaying the start of in-person classes to slow the spread of COVID on their campuses.

“I realize that students prefer to be in person, and so do I. But it is important that we do so in a safe manner,” MSU president Samuel L. Stanley Jr. said in a statement. “Starting the semester remotely and de-densifying campus in the coming weeks can be a solution to slowing the spread of the virus.”

They join other institutions of higher learning that had already announced plans for a remote start to the new school year earlier last month.