Covid-19
December 9, 2021 0 Comments
OSTERHOLM: You cannot outrun the game clock with this pandemic. This virus will find you and, unfortunately, many of the outcomes are very sad. Look at what’s happening right now in the US. We have health care systems around the country, including in my home state of Minnesota, that are hanging on by a thread. We’ve seen health care systems virtually broken by this pandemic. They just couldn’t provide critical care to non-Covid patients.

The other thing to emphasize is that I don’t know if the Omicron variant will replace the Delta variant. But I think it is likely. Could that be a good thing? Maybe if it results in milder illness than we see with the Delta variant. But nonetheless, you still are going to get infected if you are not vaccinated.

BERGEN: Can the pandemic continue indefinitely? We are already almost two years into it in the US.

OSTERHOLM: I look at this through a lens of evolution. Early on in the pandemic, I anticipated this would go at least 18 months. That was because the only real perspective I had to understand what this coronavirus might look like was previous influenza pandemics. And I think that many of us assumed that at some point it would become a seasonal infection like influenza after two years or so. 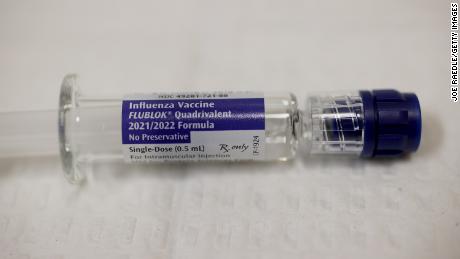 I got a rude awaking earlier this year in March and April when I saw the new Alpha variant emerge as well as the Beta and Gamma variants, and I had a sense that this was going to change how the pandemic would unfold. As a result, I thought that some of the darkest days of the pandemic would be ahead of us and that was at a time in the spring when case numbers were dropping markedly in the United States and vaccine was flowing. But I realized that variants were like 210-mile-an-hour curveballs, and we couldn’t predict if they might have increased transmissibility or the ability to cause severe illness. This conclusion was not popular among many of my colleagues and policy makers.

So, when Delta emerged in December 2020, it wasn’t really a surprise. There are still many unanswered questions. Why, for example, did we see Delta emerging in India rather than in other countries, which had a major surge of Covid-19 cases in late spring, early summer 2021?

BERGEN: Do you have a theory about why Delta emerged first in India?

OSTERHOLM: No, I don’t. India has already had a big surge of Delta. I don’t know why India is not having another surge now given only 35% of the population is fully vaccinated. And you can’t attribute the lack of current cases to seasonality. Here we are in the middle of South Africa’s summer seeing the emergence of the recently identified Omicron variant.
Earlier this year, the hottest Covid regions in the world were simultaneously in South Asia — India, Pakistan and Nepal — and South America — Argentina, Paraguay and Uruguay. One region is in the Northern Hemisphere around 30 degrees latitude and the other is around 30 degrees latitude in the Southern Hemisphere.

So there just hasn’t been a predictability about why or where Covid will take root. 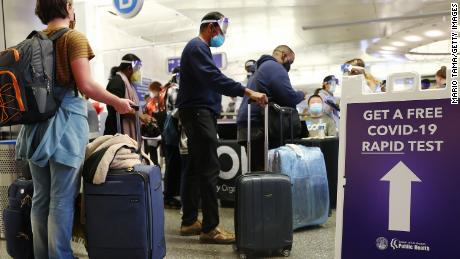 If I could understand why surges occur or why they go away or why they don’t happen, then I’d be in a better place to answer questions about where Covid is headed. All I can tell you is when a surge starts, the level of vaccination has a tremendous impact on how much pain and suffering occur with that surge.

In the States, we’ve seen an extended surge in Minnesota since early September and Michigan just hit a record number of Covid-19 hospitalizations. Our experience in Minnesota and Michigan is similar to what is being seen in the United Kingdom, where their Delta surge has been ongoing since July. Why? I don’t know. I’d just say with great humility, I know less about this virus today than I probably did a year ago.

BERGEN: The travel bans on South Africa and other African countries — are they helpful?

OSTERHOLM: No. The new variant was all around the world in the month of November. It clearly is highly infectious.

A “travel ban” is something that nations might do initially just to lock things down while they understand what’s going on — it is not meant to be a long-term solution. It’s like police at a crime scene. They lock it down for several hours to gather information and then open it back up again.

The political reaction of implementing a travel ban is not helpful in most cases. If it gives you 24 to 36 hours to at least get a lay of the land about what’s happening, then I think it can be useful. But if it persists after that, particularly when you have widespread transmission of the virus in other parts of the world already, it’s counterproductive.

OSTERHOLM: I based my estimates at the time on historic data from previous pandemics.

What is troubling to me is our fascination with modeling. I think modeling, particularly when it’s erroneous, can be very detrimental. I’ve watched so many different estimates of case numbers from these models taken literally by policymakers and the public and particularly the media.

The reality is you can’t model beyond 30 days out. Just look at what is happening right now. We can’t even predict why these surges occur or when they occur. Who, 30 days ago, could have developed a model that would accurately predict what we’re seeing right now with Omicron? Who could have predicted that?

BERGEN: Do we know how deadly the Omicron variant is compared to previous variants?

OSTERHOLM: While it’s early, I believe that Omicron is less virulent than Delta. The variant is being studied in South Africa, which is important because the virus has been in that country longer than others. And we do know that hospitalizations, serious illness and deaths are lagging indicators. Rates often rise two to three weeks after rises in case numbers start to occur. But as of today, the epidemiologic and clinical data on Omicron cases around the world support this virus is less lethal than Delta.

OSTERHOLM: When we first investigated the Covid-19 vaccines, we had to prioritize the assessment of the safety of the vaccines, which was done well. But we never really understood how to best use the vaccine in terms of number of doses, dose spacing, even the dose amount to maximize our immune response both for the short and long-term. We know that oftentimes the best immune response occurs when you have an extended period between the doses; in other words, allowing the immune system to basically recover and be capable of this enhanced response with the next dose. Look at how many vaccine schedules we have where that’s the case.

When we started seeing breakthrough infections in midsummer, often six months or more from their second dose, I was initially very concerned about waning immunity. In fact, I repeatedly addressed this issue in my public statements about the remarkable success of the vaccines. I called these breakthrough infections “the future of Covid-19.”
Subsequently, the Israeli data, which was collected because of Israel’s unique national health system, was clear and compelling in its findings that waning immunity does occur at six to seven months out, and that we do need that third dose — and not as a luxury dose, but the third dose of a three-dose prime series. It should have been three doses all along.

The whole world should have access to three doses of a mRNA Covid vaccine and there would be nothing more tragic to me than having someone protected by a two-dose regimen for six to eight months, and then to get seriously ill and die because they didn’t get a booster. I think that one day this won’t even be a question. It will be a minimum three-dose vaccine.

OSTERHOLM: Two things: One is that this pandemic has really provided a window into our global vaccine capacity in a way nothing else has ever done before.

I think that there’s been some red herrings in terms of what the issues are. For example, we keep hearing about technology transfer and giving these countries the ability to make their own vaccines, and yet the expertise needed to make these vaccines is really at a premium. It’s very difficult to find people who know how to do this. So, it’s not enough to transfer technology to a low-income country if you don’t provide the expertise to make these vaccines. It’s not as simple as making chicken soup.

Also, our focus has been almost solely on getting vaccines to people around the world, which is surely important. But we haven’t been thinking nearly enough about what it would take to turn a vaccine into a vaccination, that needle into the arm. We have seen the challenges in this country with administering vaccinations, and those challenges also exist around the world.

So, just shipping a couple of pallets of vaccines to a low-income country may be a useless effort if, in fact, they don’t have the infrastructure to deliver the vaccine and they don’t have a means for helping the population understand how and why they should want to be vaccinated. What this whole situation has highlighted, is the fact that we have a lot more work to do to understand not just how to make vaccines, but also how to turn vaccines into vaccinations.

HOUR BY HOUR: When snow arrives, moves out of the Louisville area – WLKY Louisville