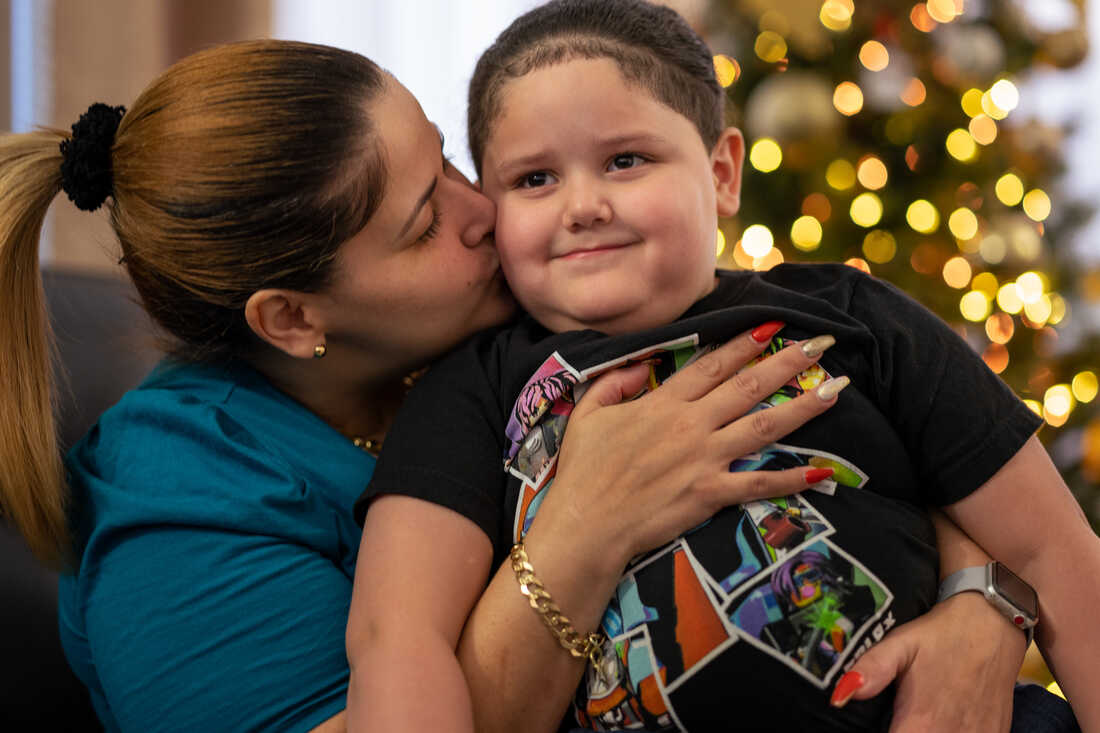 Yaritza Martinez developed a zika infection in 2016 when she was pregnant with her son Yariel, who is now 5 years-old. Yariel is enrolled in a long term study following a group of babies in the U.S. and in Colombia to see how they have been developing. 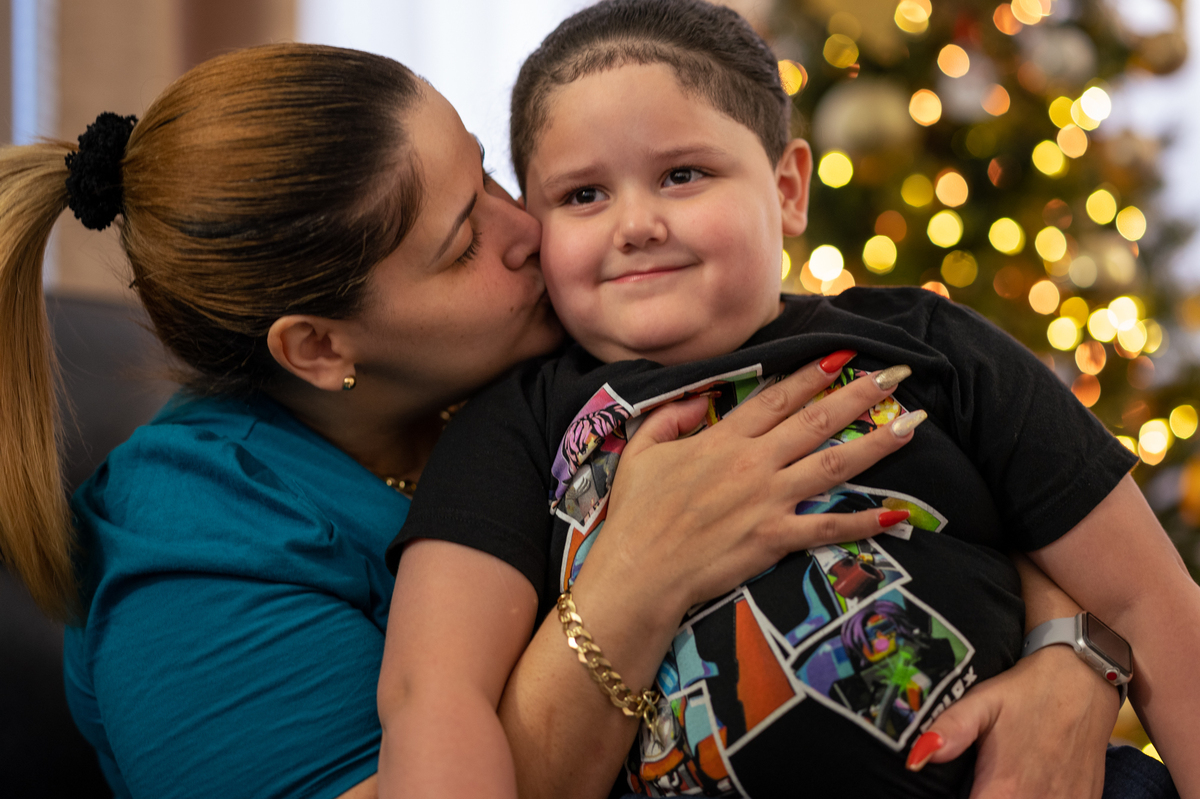 Yaritza Martinez developed a zika infection in 2016 when she was pregnant with her son Yariel, who is now 5 years-old. Yariel is enrolled in a long term study following a group of babies in the U.S. and in Colombia to see how they have been developing.

When Yariel turned five in November, he had a pandemic birthday party, like most school-aged kids these days. It was a karaoke party at home with family and one neighbor, and a cake decorated with Roblox action figures.

“It was a Dominican cake,” his mom Yaritza Martinez explains — a layer cake covered in meringue icing. She also put up balloons and silver streamers and a big Roblox banner.

But unlike a lot of American kids, this isn’t Yariel’s first pandemic. When Martinez was pregnant with him in 2016, she traveled to her home country of the Dominican Republic for a few weeks — and then came home to the Washington, D.C. suburbs.

“As soon I came here, the next day, I went to the hospital,” she says, describing how tired she felt. “After two days, I [got] the test for Zika.”

The test was positive.

She was referred to the Congenital Zika Program at Children’s National Hospital, a regional hub for Zika treatment, and enrolled in a study. Researchers monitored her baby’s brain as it developed, using MRIs of her pregnant belly.

“It was a lot — it was stressful,” she says. “I [got] depressed at that time, because we never [knew] what is going on.”

Thankfully, throughout the pregnancy, it seemed like her baby’s head was growing normally. There were no signs of microcephaly, the unusually small head that is the hallmark birth defect of Zika infection during pregnancy.

After birth, everything changed, Martinez says. She stopped feeling so anxious.

“I always pay attention, if I see something different, comparing to my other two kids — but no.” She smiles — watching him tumble around the living room and play with the car he got for his birthday. “He’s a healthy boy.”

Zika isn’t completely out of their lives, though. Mother and son are still involved in research to help scientists understand if there are more subtle differences from Zika that can appear as children grow up.

A few years before COVID-19 became the current public health emergency of international concern, the Zika virus swept through Latin America. Dramatic photos of babies born with small heads filled newspapers. Scientists didn’t understand why it was happening or how common it was — or what prenatal Zika exposure might mean for these children as they grew older. According to the Centers for Disease Control and Prevention, 1,000 babies were born to women in the U.S. who had Zika during their pregnancies in 2016.

Now that some years have passed, more is becoming clear about Zika and its impact on children. Researchers have been assessing groups of these children as they get older and comparing them to children with no exposure to Zika.

About a year after the emergency was declared, researchers found that in the U.S., about 94 percent of babies born to women infected with Zika appeared to be normal at birth, with no signs of microcephaly.

Then last year, Dr. Sarah Mulkey, a child neurologist in the Prenatal Pediatrics Institute at Children’s National, published a study that found even among these babies that appeared normal at birth, there did seem to be some developmental differences. 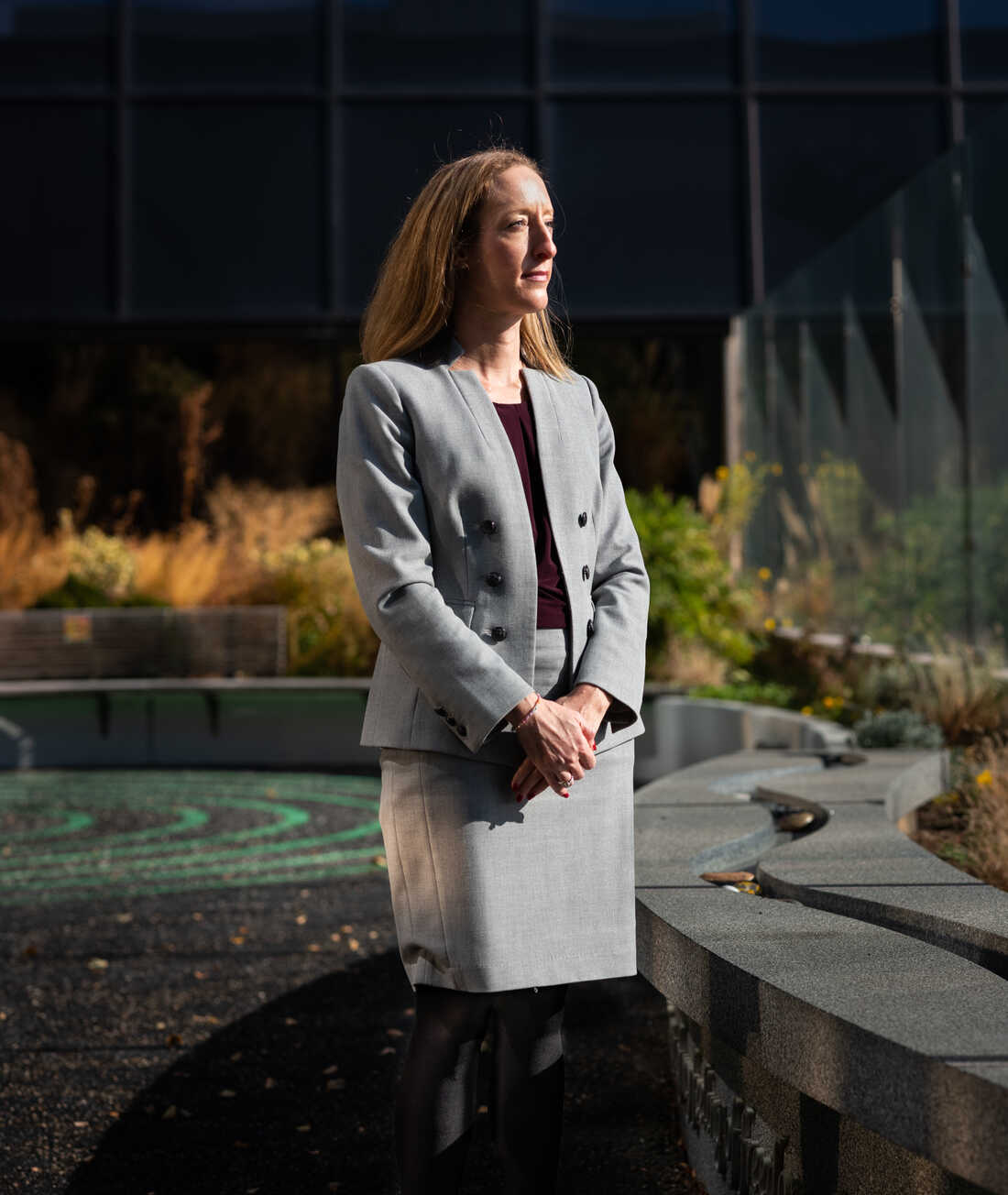 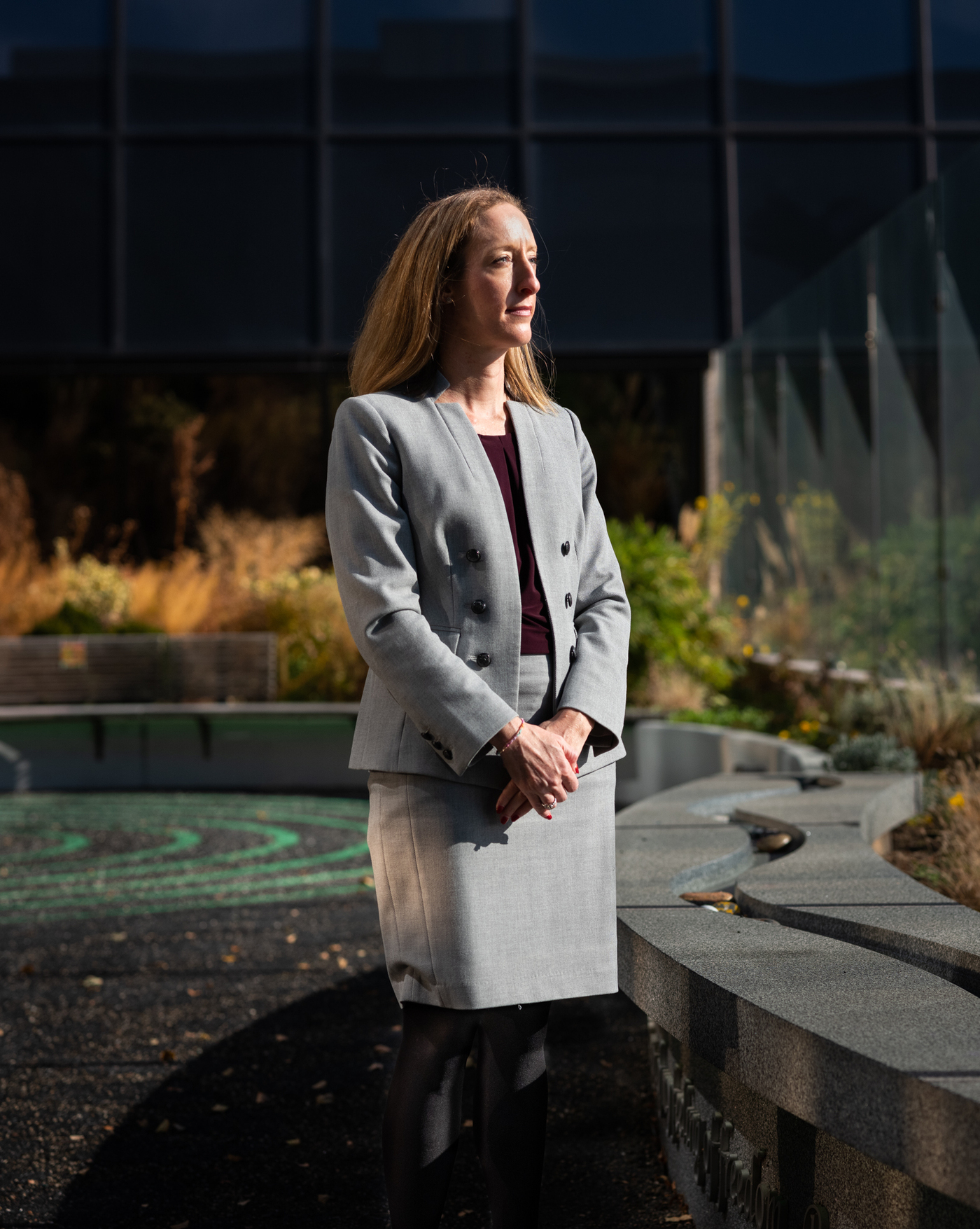 “A baby doesn’t have to do a lot of things — they have to eat and make lots of diapers for their parents and all that,” Mulkey explains. “It’s not until they get older and they’re starting to get to school age that we can really assess more and more very important areas of development: Are they learning how to speak normally — learning their vocabulary? Can they run and jump and clear off the ground? Can they balance? These are things we can assess once they get older.”

In late September, a few weeks before his fifth birthday, Yariel went to see Dr. Mulkey, as he has many times before. During his assessment, he strung beads and showed off his vocabulary and threw beanbags and walked along a line of yellow tape. Yariel remembers putting coins through a slot. “The coins — I was doing faster,” he says. He also remembers eating pizza and getting a gift card.

“He [told] Dr. Mulkey he [would] go to Target to buy toys with that gift card,” Martinez laughs. “He always [enjoys] that time with Dr. Mulkey.”

Teasing out the effects of Zika and coronavirus

From Mulkey’s perspective, Yariel’s doing very well, although there are a few areas where he needs more practice.

“He probably needs to work on some of his fine motor skills,” she says. “I counseled the mom that we should try getting some pasta out and stringing it on some yarn and working with some coins and putting it in a piggy bank and working on our tracing letters — to try and work on that fine motor control.”

Mulkey is finishing her analysis and writing up the most recent results from the children she and her collaborators have been following, both in the U.S. and in Colombia. They’re looking out for severe neurological issues, like autism, but also for more subtle differences.

“The complicated part now is that we’re studying children with an in-utero exposure to Zika, but also in the face of a pandemic that is affecting child exposures and development,” Mulkey says. 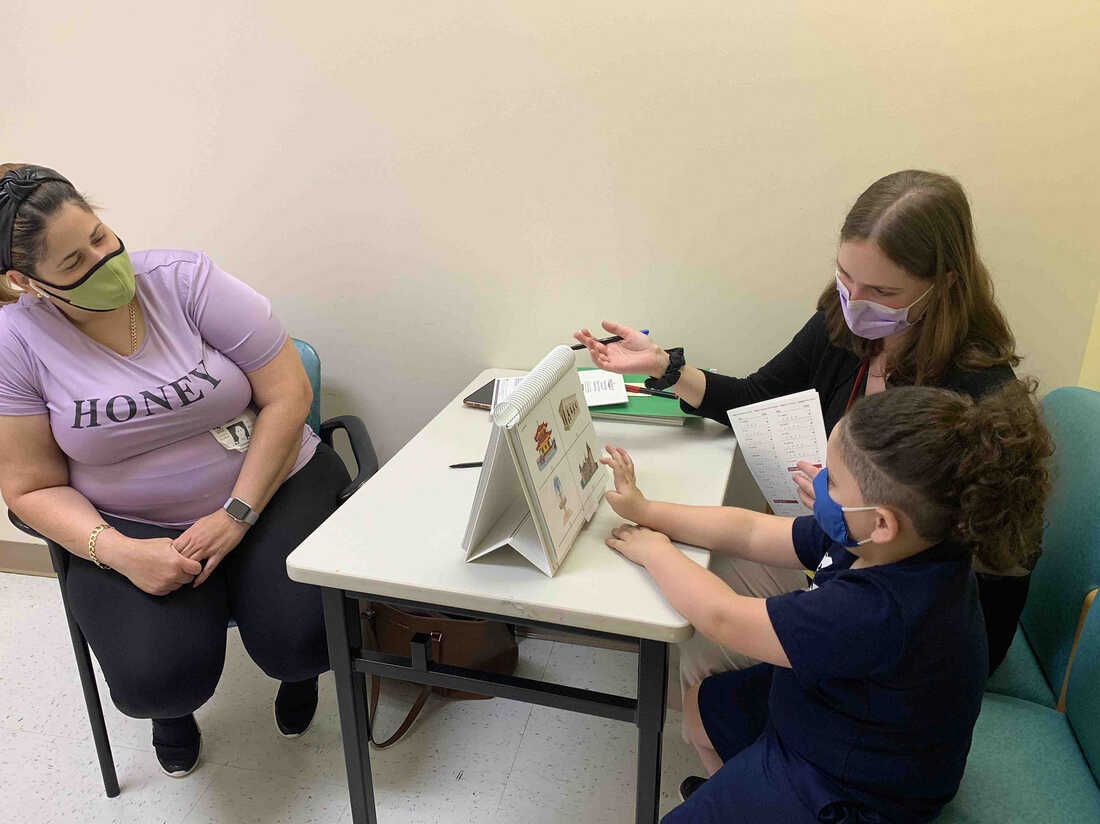 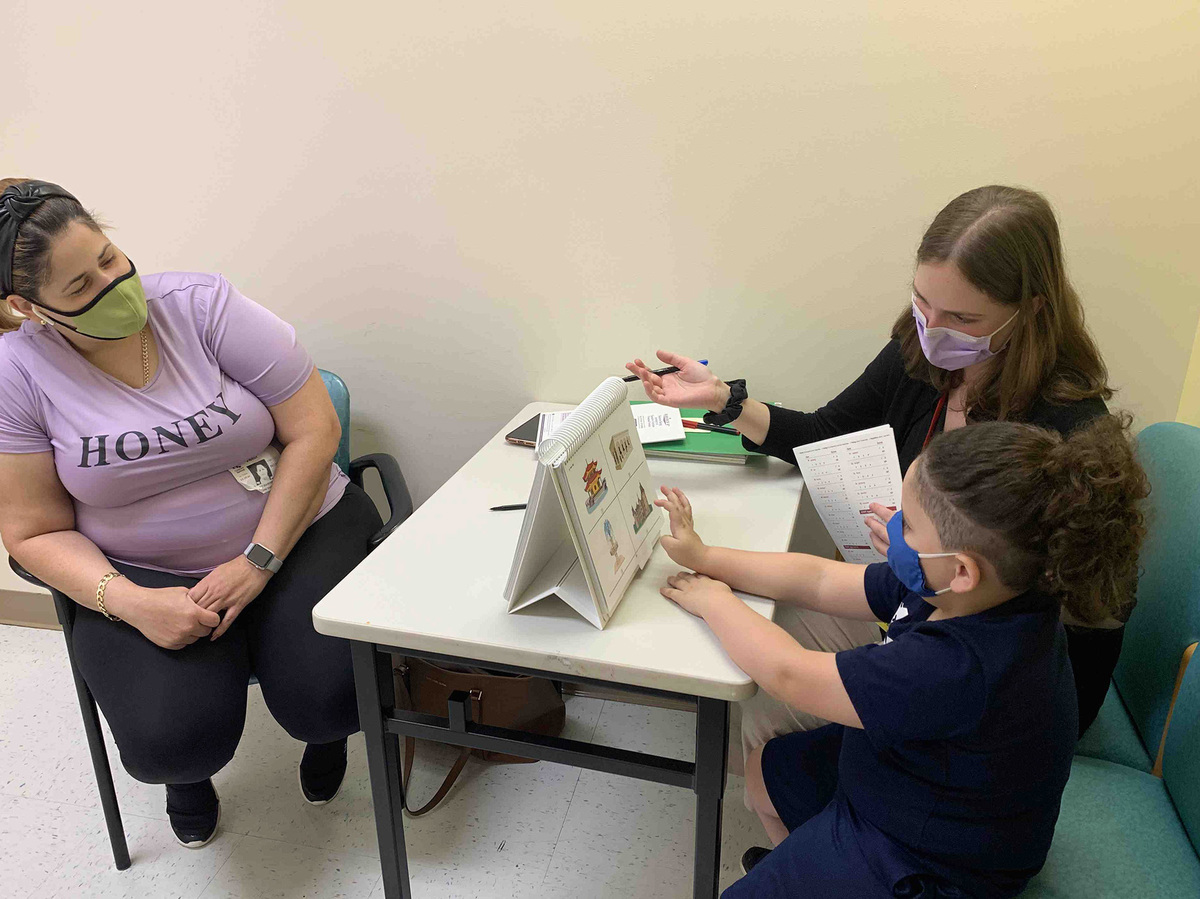 The coronavirus pandemic has — of course — made the world very different for children. Many are socializing less with other children, staying home from school, and more. Separating those effects from the effects of Zika exposure is challenging. “Right now, we’re still trying to kind of understand where our data is going to lead us,” she says.

Although their analysis hasn’t been completed or peer-reviewed, it does seem like Yariel isn’t alone — that the difficulty with fine motor skills seems to be a common issue among children exposed to Zika.

“It seems to be an area that they are having some more struggles with, whereas the bigger motor functions of running and jumping seem to be a little bit better,” she says.

Although drawing outside the lines might not sound like a serious problem, “things that might seem like they’re just minor developmental issues can get magnified and have lots of consequences,” says Dr. Karen Puopolo, a neonatologist at the University of Pennsylvania and Children’s Hospital of Philadelphia.

As an example: “Say you’re in third grade and you’re really frustrated by not being able to [play] the recorder, and so you start misbehaving during music class,” Puopolo explains. “Now the school labels you as a misbehaving child, so when we make the placement for you for fourth grade, maybe we’re not going to put you in the advanced class because you seem like you’re a fidgety misbehaving child.”

For decades, neonatologists have been doing the kind of neurodevelopmental follow-up that Mulkey is doing with Yariel, Puopolo says, and they’ve shown “that identifying potential developmental deficits early on and intervening was really important to [children’s] long-term development, especially when they got to school age.”

Mulkey’s research on Zika and development — which includes Yariel — will continue for a few more years. “We’re going to be getting MRIs in the children once they get to age seven,” she says. She’ll be looking for any brain structural differences between the children who had Zika exposure and those who didn’t — both in the U.S. and in Colombia. She believes it may be some of the longest-term follow-up for Zika-exposed children in the world.

Lessons for babies with COVID-19 exposure

There might be lessons in this work for the pandemic currently underway.

When a pregnant woman gets sick with fever and inflammation, “these kinds of things can affect early brain development,” Mulkey explains. “A mom that has COVID during pregnancy and has a fever, or viral flu during pregnancy — we could potentially see these same kinds of effects long-term” in their children, as well.

CDC estimates there have been more than 150,000 COVID-19 cases in pregnant people so far – more than a hundred times the number of babies born to mothers with Zika in the U.S. And Mulkey is following about 50 children through Children’s Congenital Infection Program who were born to a mother that had COVID-19 during pregnancy or who caught it within the first few weeks after birth.

There are important differences here, though. One of the major adverse outcomes of Zika infection is microcephaly, a severe birth defect. So far, there’s no signal that COVID-19 infection is leading to a specific birth defect, Puopolo says. But having COVID-19 during pregnancy has been shown to increase the risk of the baby being born prematurely, which is associated with a lot of health problems, from cerebral palsy to hearing or vision problems.

What is the impact on an infant, Puopolo asks, of “your mother getting COVID in your first trimester when all of your organs are developed, or in the second or third trimester, where there’s a lot of brain growth? Or what if she’s sick at the time of delivery and the baby gets it as well? Does any of that mean anything when the baby is five years old?” she says. “We have no idea.” Only long-term research can answer those questions.

“Child development occurs over many years and there are stages of development that could be affected from an early exposure,” she explains. “We need to follow all of the kids born during this pandemic whose mothers were sick during pregnancy or who were babies who had the early infection and see if there’s any differences in long-term outcomes — we can’t stop at one year,” she says. “We really need to follow them up until school age.” 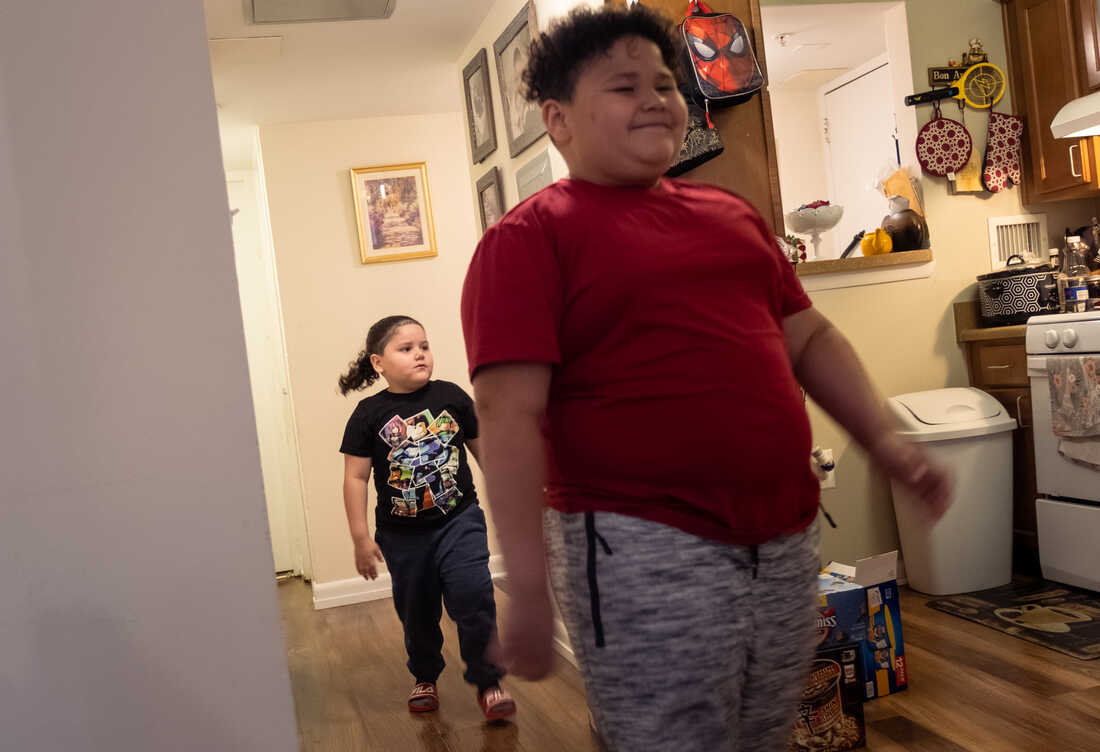 Yariel with his older brother Dylan, 8 at home in Takoma, Md. 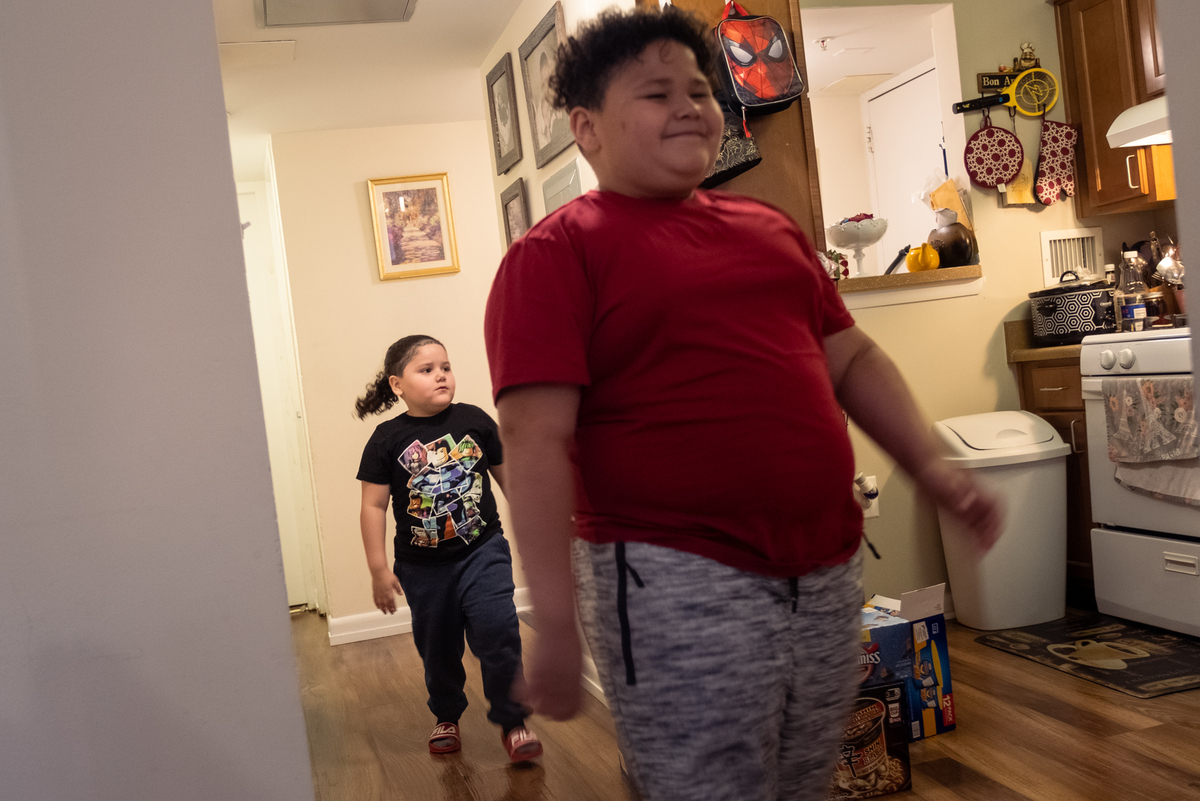 Yariel with his older brother Dylan, 8 at home in Takoma, Md.

Yariel will keep coming in for assessments for several years to come. In the meantime, he’ll keep growing up — celebrating New Year’s with his parents and siblings, watching My Little Pony: A New Generation (his favorite movie), playing with his toy race cars — and next year, starting school for the first time.