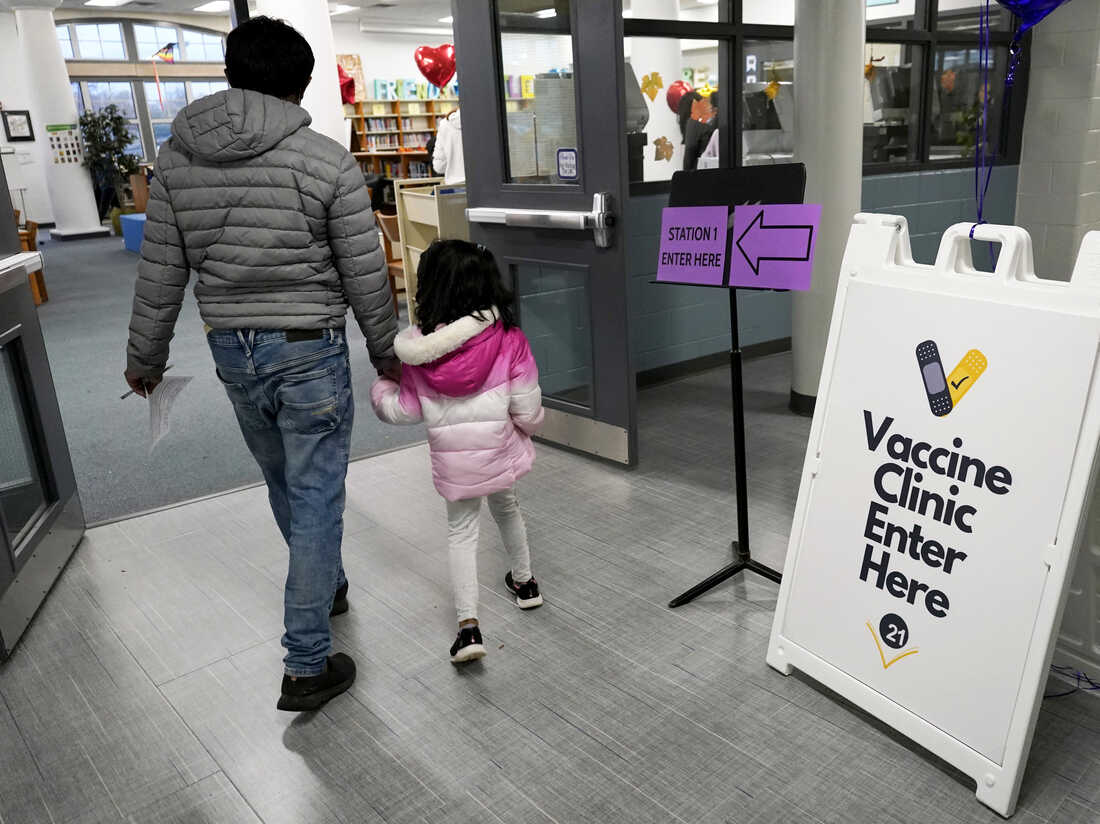 An information sign is displayed as a child arrives with her parent to receive the Pfizer COVID-19 vaccine for children 5 to 11-years-old at London Middle School in Wheeling, Ill., last month. 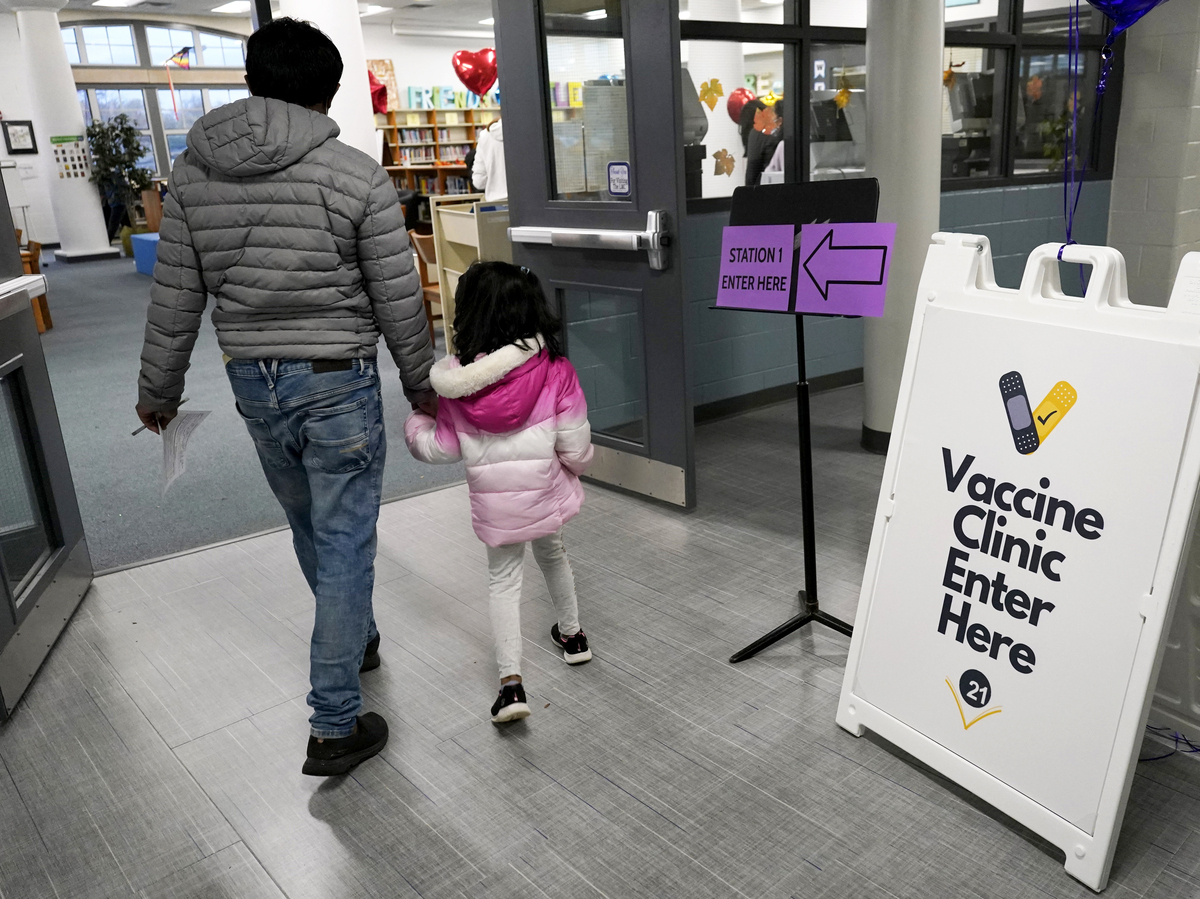 An information sign is displayed as a child arrives with her parent to receive the Pfizer COVID-19 vaccine for children 5 to 11-years-old at London Middle School in Wheeling, Ill., last month.

Pfizer-BioNTech announced Friday that they will expand ongoing clinical trials of their COVID-19 vaccine in children to include a third dose for participants as young as 6 months old.

Testing a third dose will cause a delay in submission of data to regulators to authorize use in the U.S. In the fall, Pfizer’s CEO said the company expected to have data for this age group by the end of 2021. Now, the company says that they would expect to file results in the “first half of 2022” if trials are successful.

The companies said two doses did not produce a robust immune response in kids between two and five years old.

The companies, which produced the first vaccine against coronavirus infection authorized for use in the U.S., said they had made the decision “following a routine review by the external independent Data Monitoring Committee (DMC),” which acts as a watchdog over the clinical trials.

“The study will now include evaluating a third dose of 3 [micrograms] at least two months after the second dose of the two-dose series to provide high levels of protection in this young age group,” the companies said in a statement.

“No safety concerns were identified and the 3 [microgram] dose demonstrated a favorable safety profile in children 6 months to under 5 years of age,” they said.

So far, the Food and Drug Administration has only authorized the Pfizer-BioNTech vaccine for emergency use in children aged five and older.

Research has indicated that the Pfizer-BioNTech vaccine is less effective against omicron that for previous strains of the virus. However, a booster dose has been shown to added significant protection. Earlier this week, Moderna announced similar results for its vaccine.

Last month, the FDA authorized a third booster dose of either vaccine for all U.S. adults.

“The data are illustrating the impact of a booster and that our vaccine works best as a primary regimen of three doses,” Pfizer’s chief scientific officer, Mikael Dolsten, said on a conference call, according to Reuters.

Pfizer also said it was developing a vaccine tailored to combat the omicron variant of the virus — which has spread rapidly across the globe in recent weeks. The company hopes to start clinical trials on the updated omicron-specific vaccine in January.

Pfizer also said 30 million of a planned 80 million treatment courses of its Paxlovid anti-viral pill will be available in the first six months of 2022.

5 states have now reported confirmed cases of the omicron variant