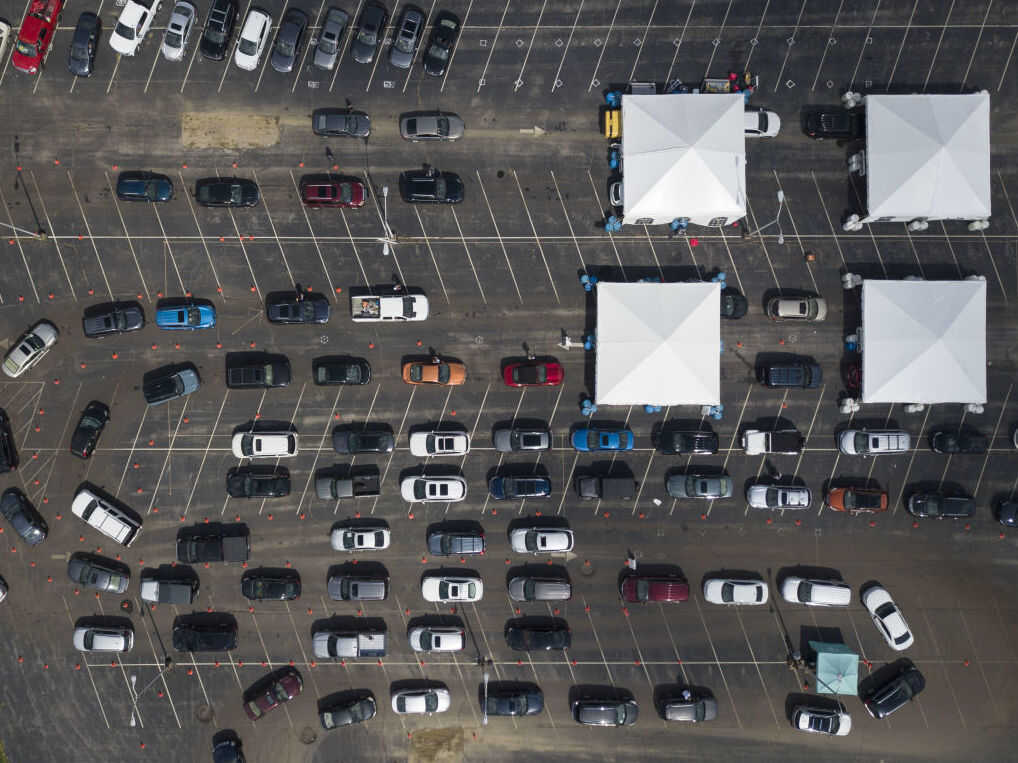 The pandemic appears to have peaked or be on the verge of peaking, with cases projected to slowly decline this fall and winter. As recently as Sept. 8, people were waiting at COVID-19 testing site in Kentucky, where over 4,000 new cases were confirmed that day. 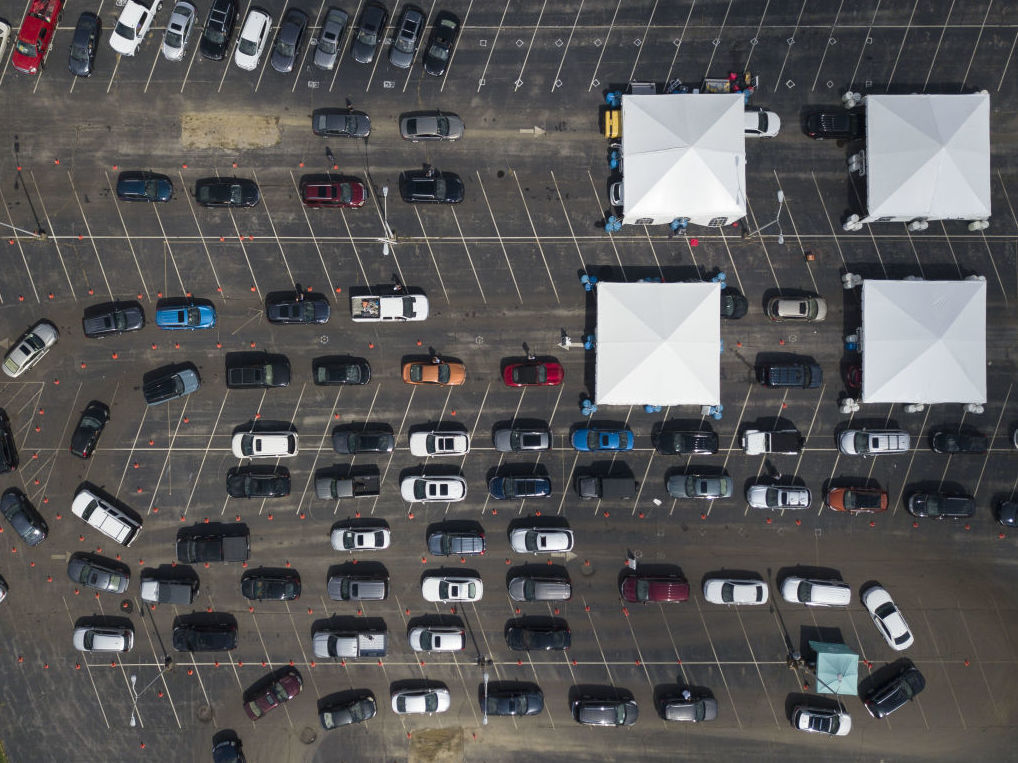 The pandemic appears to have peaked or be on the verge of peaking, with cases projected to slowly decline this fall and winter. As recently as Sept. 8, people were waiting at COVID-19 testing site in Kentucky, where over 4,000 new cases were confirmed that day.

Americans may be able to breathe a tentative sigh of relief soon, according to researchers studying the trajectory of the pandemic.

The delta surge appears to be peaking nationally, and cases and deaths will likely decline steadily now through the spring without a significant winter surge, according to a new analysis shared with NPR by a consortium of researchers advising the Centers for Disease Control and Prevention.

For its latest update, which it will release Wednesday, the COVID-19 Scenario Modeling Hub combined nine different mathematical models from different research groups to get an outlook for the pandemic for the next six months.

“Any of us who have been following this closely, given what happened with delta, are going to be really cautious about too much optimism,” says Justin Lessler at the University of North Carolina, who helps run the hub. “But I do think that the trajectory is towards improvement for most of the country,” he says.

The modelers developed four potential scenarios, taking into account whether or not childhood vaccinations take off and whether a more infectious new variant should emerge.

The most likely scenario, says Lessler, is that children do get vaccinated and no super-spreading variant emerges. In that case, the combo model forecasts that new infections would slowly, but fairly continuously, drop from about 140,000 today now, to about 9,000 a day by March.

That’s around the level U.S. cases and deaths were in late March 2020 when the pandemic just started to flare up in the U.S. and better than things looked early this summer when many thought the pandemic was waning.

And this scenario projects that there will be no winter surge, though Lessler cautions that there is uncertainty in the models, and a “moderate” surge is still theoretically possible.

There’s wide range of uncertainty in the models, he notes, and it’s plausible, though very unlikely, that cases could continue to rise to as many as 232,000 per day before starting to decline.

“We have to be cautious because the virus has shown us time and time again that new variants or people loosening up on how careful they’re being can lead things to come roaring back,” Lessler warns.

William Hanage, an epidemiologist at Harvard’s T.H. Chan School of Public Health, notes there is a fair amount of uncertainty in the models. “I would be concerned about interpreting these in an overly optimistic fashion for the country as a whole,” he says.

He agrees that overall the pandemic will be “comparatively under control by March,” but says, “there could be a number of bumps in the road.”

Last winter, the worst surge of the pandemic in the U.S. hit midwinter when weather was cold and more people spent time indoors. “If you look at the seasonal dynamics of coronaviruses, they usually peak in early January. And in fact, last year we saw a peak like that with SARS-CoV-2,” he says.

Both Hanage and Lessler note that there will be regional variation, with some states continuing to surge for possibly a few weeks. Essentially, things could still get worse in some places before the get better.

Lessler says he is especially worried about Pennsylvania, for example, and he notes that in some Western states like Idaho and Utah, there’s a risk of resurgence. Hanage notes that places with cold winter weather may be susceptible to some increase in cases later in the year.

And hospitals are going to continue to get flooded with patients for a while before infections taper off, and many are already being pushed past the breaking point.

Another caveat: This scenario assumes that the U.S. doesn’t get hit with a new variant that’s even more contagious than delta. If it does, a bleaker scenario from the Modeling Hub projects far worse numbers: just below 50,000 cases a day by next March. But Lessler emphasizes this is very hypothetical.

He’s hopeful that the most optimistic scenario is the most likely.

“I think a lot of people have been tending to think that with this surge, it just is never going to get better. And so maybe I just need to stop worrying about it and take risks. But I think these projections show us there is a light at the end of the tunnel,” he says.

Lessler thinks that at this point there’s enough immunity in this country from a combination of enough people getting vaccinated and enough people having been exposed to the virus.

“The biggest driver is immunity,” he explains. “We’ve seen really big delta waves. The virus has eaten up the susceptible people. So there are less people out there to infect.” The virus is still fighting to back, he says, but “immunity always wins out eventually.”

But transmission is still very high and will remain so for a while, so precautions are still called for until new infections come down to moderate levels.

Natalie Dean, an assistant professor of biostatistics at Emory University, notes that even though we may see a decline this fall, we will still see “a lot of cases and deaths.”

Getting everyone eligible vaccinated is still key to preventing further deaths. Even in this optimistic scenario, the U.S. is projected to reach a cumulative total of over 780,000 deaths by March.

Modeling is an imprecise science but the Modeling Hub brings together many of the the top disease modelers around the country, doing their best to look far down the road and make sense of a very unpredictable, complicated pandemic that’s thrown one curve ball after another.

“I hope it’s true, obviously, but I can’t shake a little unease I have about about what could be coming,” says Dean.

So like many Americans, Dean is keeping her fingers crossed.

Immunity passports are already here. But they come with warnings – CNN

Tips for starting therapy for mental health – The Washington Post