Israeli scientists are reporting they have made autistic mice more sociable and less obsessive by giving them cannabis products.

The study could change the direction of efforts to use cannabis to treat the disorder, the researchers say, as it suggests that the wrong compound from the plant is currently the subject of the most focus.

Autistic patients who are informally self-prescribing, and trials currently underway, mostly use cannabidiol (CBD), the cannabis compound famous for mostly avoiding the high.

An Israeli study in 2019 reported positive results for autistic patients treated with cannabis products that were mostly CBD.

The latest study to examine CBD is taking place at the Center for Medicinal Cannabis Research of UC-San Diego. On Sunday CNN ran an interview with a mother who said she is “getting my boy back” thanks to CBD.

However, after studying large numbers of autistic mice, Tel Aviv University researchers concluded that another compound, tetrahydrocannabinol (THC), which does cause highs, may be far more effective. 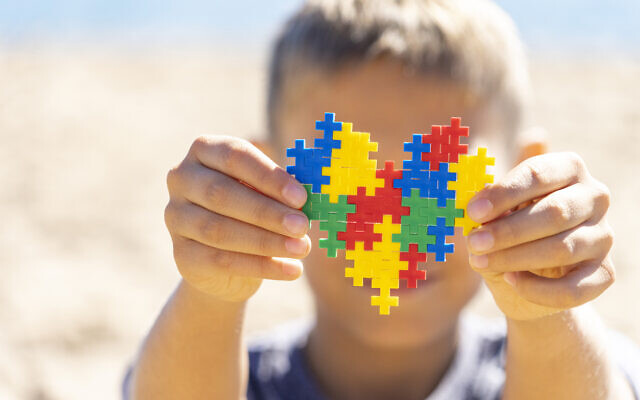 A boy holding colorful puzzle heart in front of his face to raise awareness for World Autism Day. (iStock via Getty Images)

“Studies that are underway mostly don’t focus enough on the details of what it is in the cannabis that may be helping people,” researcher Shani Poleg told The Times of Israel. “In our study, we looked at the details, and came up with surprising and interesting findings.

She said that while THC causes highs, the research suggested that the amount of the compound needed to deliver results are small. “Our study shows that when treating autism with medicinal cannabis oil there is no need for high contents of either CBD or THC,” she said.

“We observed significant improvement in behavioral tests following treatments with cannabis oil containing small amounts of THC and observed no long-term effects in cognitive or emotional tests conducted a month and a half after the treatment began.”

Discussing why cannabis products may have benefits she said:  “According to the prevailing theory, autism involves over-arousal of the brain, which causes compulsive behavior. In the lab, in addition to the behavioral results, we saw a significant decrease in the concentration of the arousing neurotransmitter glutamate in the spinal fluid, which can explain the reduction in behavioral symptoms.”

Poleg stressed that the research, supervised by Prof. Daniel Offen and recently peer-reviewed and published in the journal Translational Psychology, is preliminary and shouldn’t be considered treatment advice.

She also noted that the mutation that caused autism in her mice, Shank3, is only responsible for a small minority of human autism cases. “But we hope that this may have the effect of both encouraging further exploration of medical cannabis use for autism, and lead to a better type of cannabis being used,” she said.

You’re serious. We appreciate that!

That’s why we come to work every day – to provide discerning readers like you with must-read coverage of Israel and the Jewish world.

Millions have a real fear of needles. Overcoming that is critical for the vaccine rollout – CNN

More than 600 facilities will receive coronavirus vaccines this week – CNN