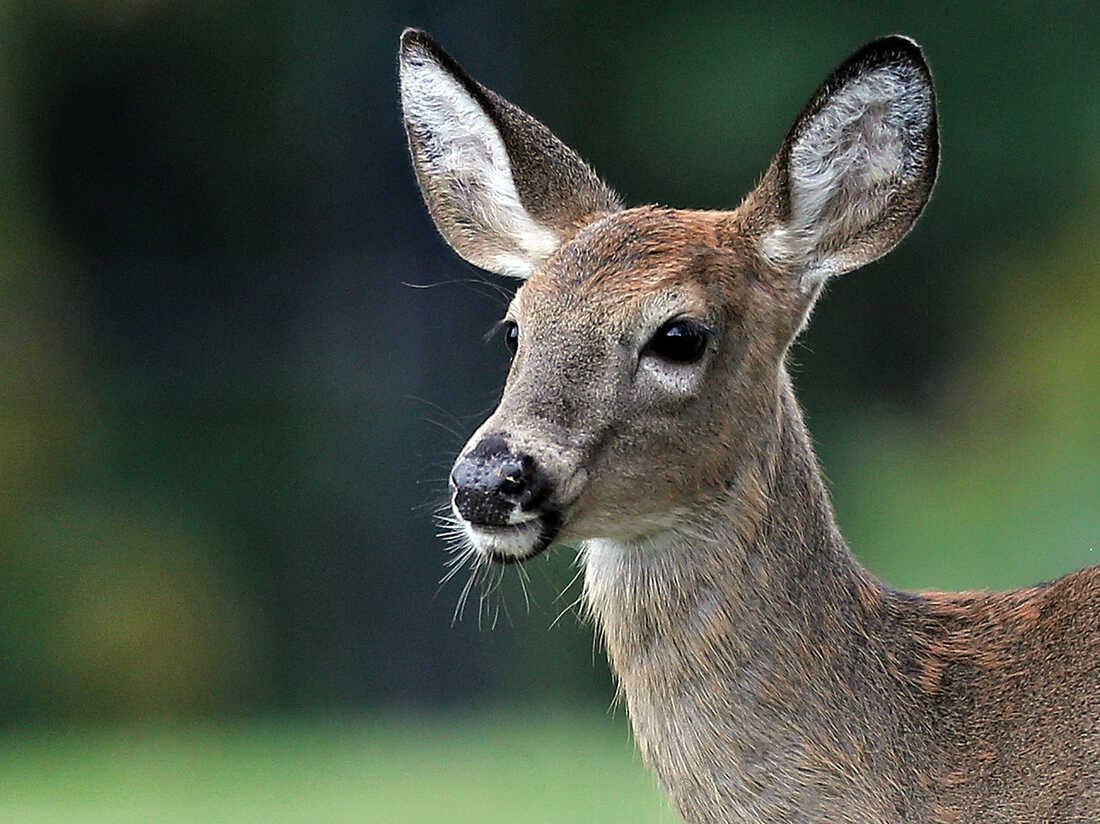 A new study suggests that the white-tailed deer, pictured above, could carry SARS-CoV-2 indefinitely and spread it back to humans periodically. 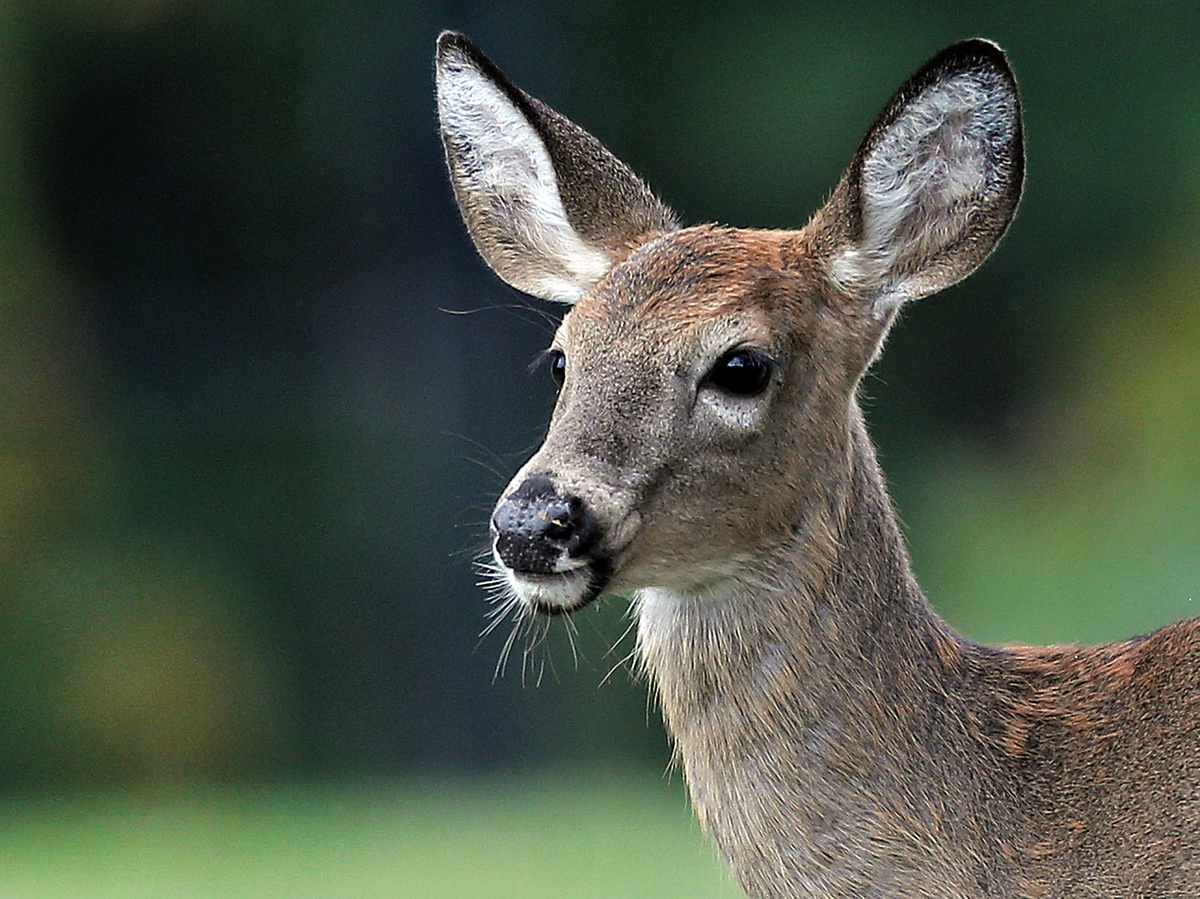 A new study suggests that the white-tailed deer, pictured above, could carry SARS-CoV-2 indefinitely and spread it back to humans periodically.

Scientists have evidence that SARS-CoV-2 spreads explosively in white-tailed deer, and the virus is widespread in this deer population across the U.S.

Researchers say the findings are quite concerning and could have vast implications for the long-term course of the global pandemic.

Since SARS-CoV-2 first emerged, there have been several signs that white-tailed deer would be highly susceptible to the virus — and that many of these animals were catching it across the country.

In September last year, computer models suggested SARS-CoV-2 could easily bind to and enter the deer’s cells. A recent survey of white-tailed deer in the Northeast and Midwest found that 40% of them had antibodies against SARS-CoV-2.

Now veterinarians at The Pennsylvania State University have found active SARS-CoV-2 infections in at least 30% of deer tested across Iowa during 2020. The study, published online last week, suggests that white-tailed deer could become what’s known as a reservoir for SARS-CoV-2. That is, the animals could carry the virus indefinitely and spread it back to humans periodically.

If that’s the case, it would essentially dash any hopes of eliminating or eradicating the virus in the U.S. — and therefore in the world — says veterinary virologist Suresh Kuchipudi at Penn State, who co-led the study.

“If the virus has opportunities to find an alternate host besides humans, which we would call a reservoir, that will create a safe haven where the virus can continue to circulate even if the entire human population becomes immune,” he says. “And so it becomes more and more complicated to manage or even eradicate the virus.”

In the study, Kuchipudi and his colleagues looked for the presence of SARS-CoV-2 virus in the lymph nodes of nearly 300 white-tailed deer, including more than 100 wild deer. “So these deer were either roadkill or free-living deer that hunters had killed [to eat],” says veterinary microbiologist Vivek Kapur at Penn State, who also co-led the study.

What they found left Kapur and Kuchipudi dumbfounded. “It was actually quite stunning to us,” Kapur says. “We were very surprised to see such a high number of positive samples.”

Those genomic sequences suggest that, during the pandemic, deer have caught the virus from people multiple times in Iowa alone, Kapur says. “The data are very consistent again with frequent spillover events from humans into deer and then transmission among the animals.”

Virologist Linda Saif at The Ohio State University’s College of Veterinary Medicine says humans are likely infecting white-tailed deer across the country. The deer is native to North America, Central America and the northern edge of South America. In the U.S. alone, there are an estimated 30 million animals.

“We also have detected the virus in deer in Ohio,” she says. “And there are antibody studies that suggest the prevalence of COVID infections among deer are pretty high in the Midwest and East.”

Although the virus doesn’t seem to make the animals sick, Saif says, the new data from Iowa are “very concerning.”

“Now the question is: Can the virus spill back from deer to humans? Or can deer transmit the virus effectively to grazing livestock? We don’t know the answers to those questions yet, but if they are true, they’re obviously concerning,” she says.

Another concern, Saif says, is that SARS-CoV-2 could evolve inside the deer and create new strains of the virus. Researchers have already documented such a scenario with minks on farms in the Netherlands and Poland, she points out.

In those studies, farm workers passed the virus onto captive animals. As the virus spread through the minks, it mutated and created new variants. These new versions of the virus then spilled back to the humans, the researchers reported.

At the end of day, tracking the emergence of new variants may become much more complicated, says Kuchipudi.

“If we want to continue to be proactive about emerging variants — and not be surprised by one that suddenly pops up — there’s an urgent need to continue to monitor SARS-CoV-2 in wildlife,” he says, “especially in animals that could serve as a reservoir, like the deer.”