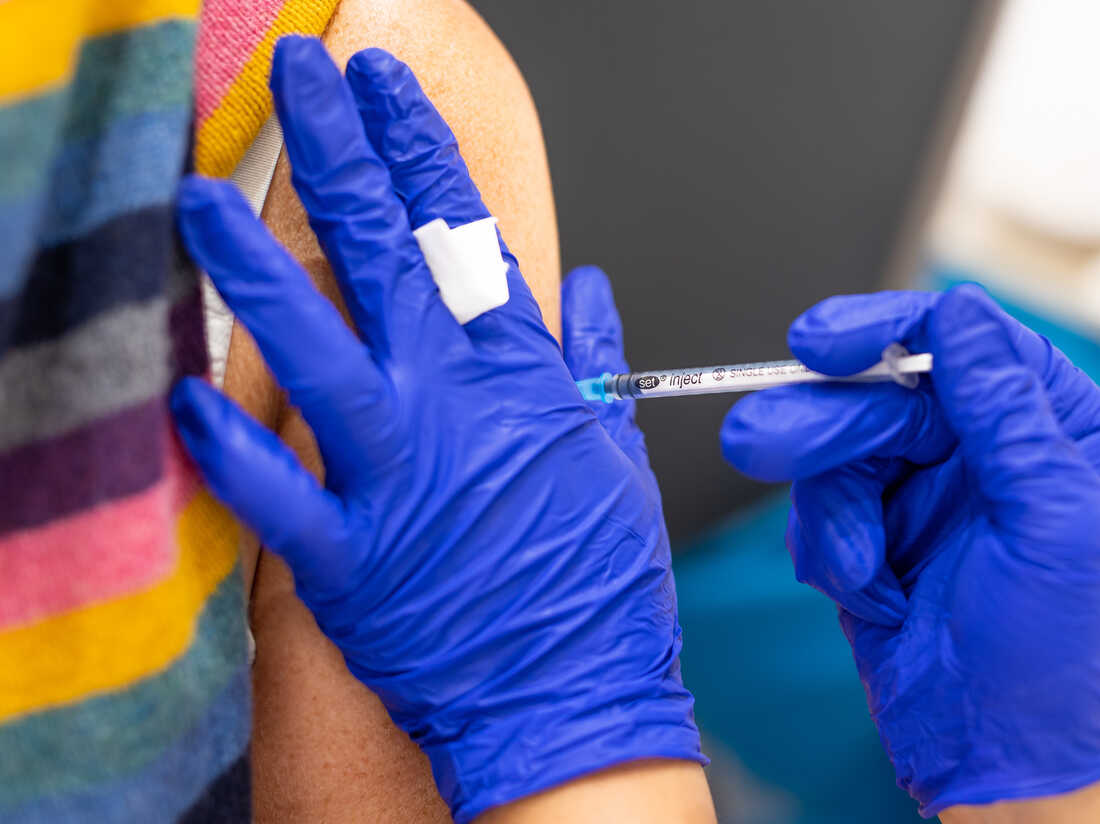 A vaccination center worker inoculates a woman with the Biontech vaccine against Covid-19 in Lower Saxony. 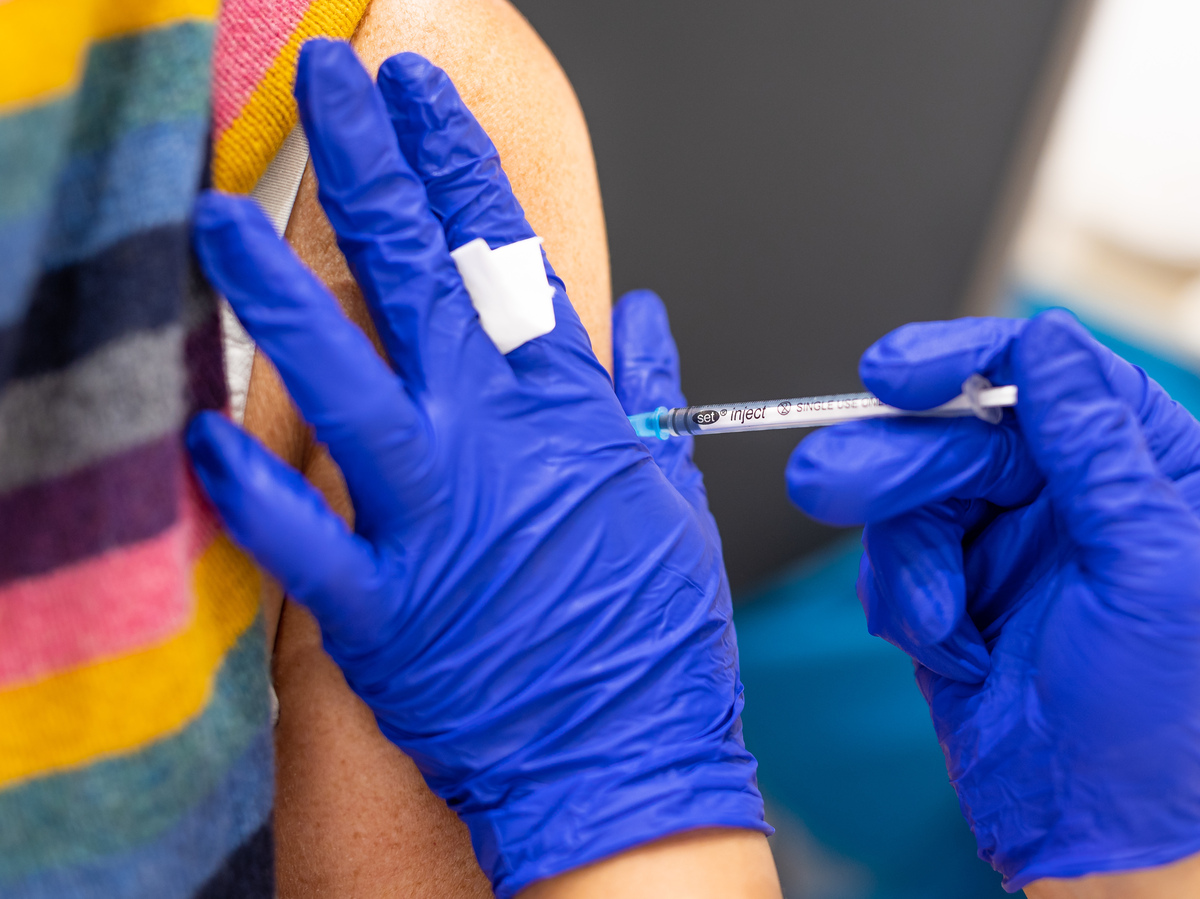 A vaccination center worker inoculates a woman with the Biontech vaccine against Covid-19 in Lower Saxony.

Another wave of COVID-19 is sweeping across Europe, setting new records in some countries and prompting governments to impose new lockdowns to contain the spread of the virus.

Records for daily infections have been shattered in recent days in Germany, the Netherlands and Austria. While deaths from COVID-19 are way down from last year in many European countries, Russia — with barely a third of its population vaccinated — has seen a steady two-month surge and now leads the world in total coronavirus deaths for the first time since the start of the pandemic.

The World Health Organization’s COVID-19 report for the week ending Nov. 7 showed that Europe, including Russia, was the only region with a rise in deaths from the virus, up 10%. Overall, new coronavirus cases were on the decline in most of the world, but were up 7% in Europe and 3% in Africa.

Last week, the WHO’s director for Europe, Dr. Hans Kluge, said the region “is back at the epicenter of the pandemic — where we were one year ago.”

A virologist at Warwick Medical School in the U.K., Lawrence Young, told Reuters that the latest surge is yet another hard lesson for Europe. “If there’s one thing to learn from this it’s not to take your eye off the ball,” he said.

Vaccine hesitancy is a factor

Vaccine hesitancy, waning immunity among the already inoculated and relaxed restrictions are all considered factors in the new wave, according to Reuters.

Russian President Vladimir Putin has blamed the surge in new cases and deaths in there squarely on hesitancy, saying he can’t understand why Russians are reluctant to get the country’s Sputnik V vaccine.

In Germany, where cases on Thursday surged to a new record of more than 50,000, the country’s health minister, Jens Spahn, has said his country must do “everything necessary” to break the latest wave of the disease, Deutsche Welle reported.

“The situation is serious and I recommend that everyone takes it as such,” he said. Spahn and the head of Germany’s Robert Koch Institute for infectious diseases, Lothar Wieler, warned that intensive care units across the country were under severe strain from COVID-19 patients, particularly in the states of Saxony, Thuringia and Bavaria.

Olaf Scholz, likely to succeed Angela Merkel as Germany’s next chancellor, has called on people either to be vaccinated, recovered or have negative tests to go to work and for stricter rules to enter restaurants and cinemas.

Nearly a third of Germany’s population is not yet fully vaccinated, according to data from Johns Hopkins University.

By contrast, Portugal and Spain — where new cases have been minimal — top the European vaccination statistics, with rates in excess of 80%. Infections are also low in France, which has kept restrictions in place since summer, including a requirement to show a vaccine passport to do nearly everything.

Austria — which has a vaccination rate similar to Germany’s and has also posted record infections in the past week — appears to be days away from imposing a lockdown for anyone who is not fully inoculated.

Chancellor Alexander Schallenberg has called a national lockdown for the unvaccinated “probably inevitable,” adding that two-thirds of the population should not have to suffer because the other third refused to be vaccinated.

If the federal government approves, Upper Austria will impose restrictions on the unvaccinated beginning Monday. Salzburg is considering similar measures.

Schallenberg said the unvaccinated face an “uncomfortable” winter and Christmas.

In the Netherlands, a three-week partial lockdown is expected to be announced soon, Reuters reported. It will see bars and restaurants close early and sporting events held without audiences.

Denmark, which has also seen a recent upswing in cases, this week ordered its people to present a pass in the form of a smartphone app when they enter bars, restaurants and other public places. It is also considering fast-track legislation to require a digital “corona pass” for employers, according to Reuters.

While the United Kingdom saw a similar increase in cases last month, there are signs of a leveling off since then.

Flu cases on the rise; adult in NC is first to die this season – WRAL.com

The #1 Best Diet to Protect Your Kidneys, New Study Says — Eat This Not That – Eat This, Not That