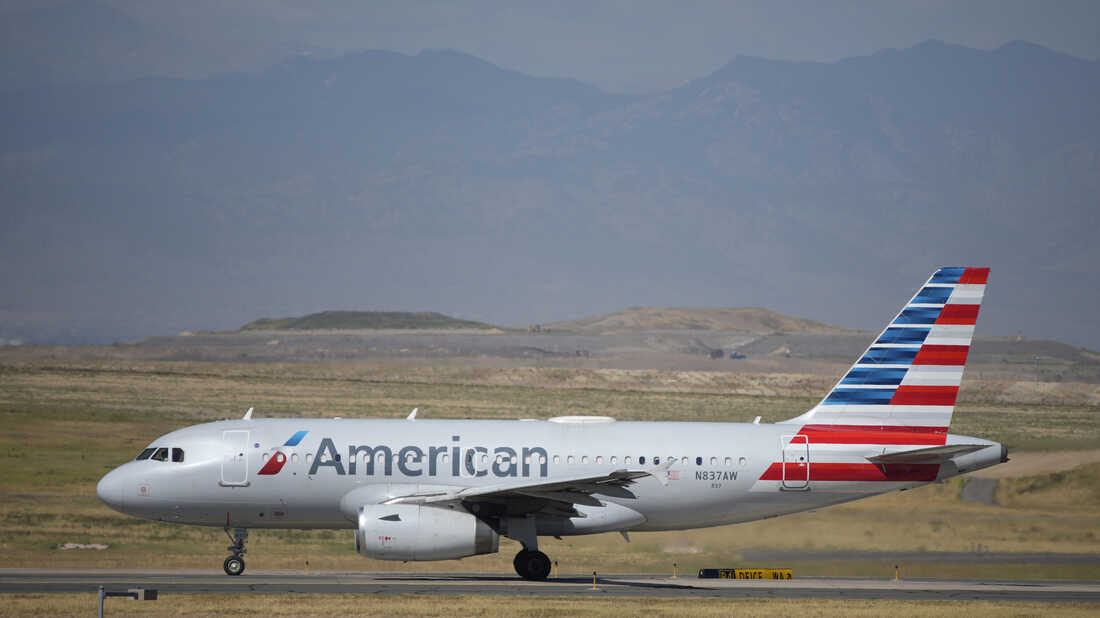 An American Airlines jet taxis on a runway to leave Denver International Airport in August. 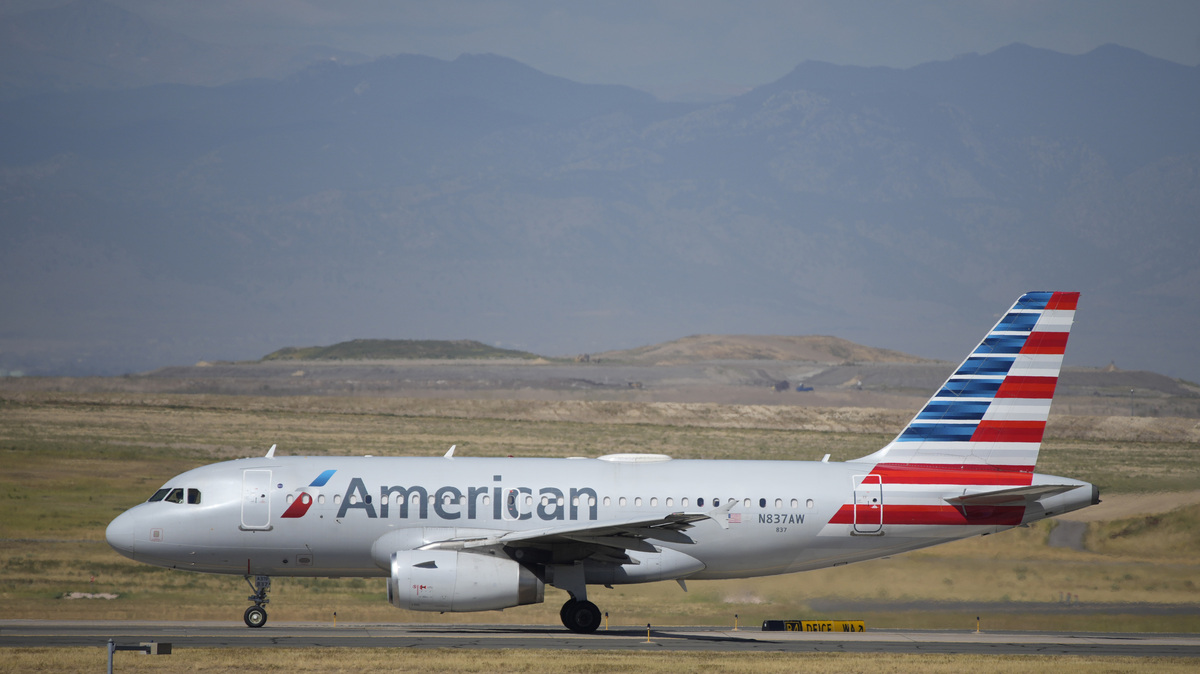 An American Airlines jet taxis on a runway to leave Denver International Airport in August.

A passenger who assaulted a flight attendant aboard an American Airlines jetliner bound from New York to California on Wednesday caused the plane to divert to Denver in what a witness suggested was an altercation over a mask requirement.

The passenger was removed from Flight 976 to Santa Ana, Calif., and taken into custody, American Airlines said in a statement emailed to NPR.

The man had been drinking, witnesses told local media. One witness, who tweeted a photo of the restrained passenger in Denver, said the person “didn’t want to wear a mask.”

“[This] man punched a female flight attendant breaking her nose, sending her to the hospital,” the witness said.

The airline said it is “outraged by the reports of what took place on board.”

“The individual involved in this incident will never be allowed to travel with American Airlines in the future, but we will not be satisfied until he has been prosecuted to the full extent of the law,” it said without elaborating on what triggered the altercation. “This behavior must stop, and aggressive enforcement and prosecution of the law is the best deterrent.”

The Federal Aviation Administration emailed a statement to NPR saying that the aircraft was an Airbus 321, confirming the details of the flight, and that it had been diverted to Denver “due to a passenger disturbance.”

“The plane landed without incident around 6:37 p.m. local time Wednesday. The FAA will investigate,” the FAA said.

Airlines have dealt with a surge in unruly passengers this year, many of whom oppose mask requirements aboard flights. A survey this summer by the Association of Flight Attendants showed that 85% of attendants had dealt with unruly passengers and that nearly one in five had experienced physical incidents.

Last month, the TSA announced that it would increase the range of civil penalties for violating federal mask mandates aboard U.S. transportation systems to $500 to $1,000 for first offenders and $1,000 to $3,000 for second offenders.

Washington sees another spike in new cases of coronavirus – KING5.com