A protein present in human gums may help combat a bacterium causing neurodegenerative diseases, particularly if added to a toothpaste, Canadian researchers say

A protein called SCPPPQ1 that normally makes gums adhere to teeth may prove effective in combating a bacterium called P. gingivalis, which could cause Alzheimer’s disease and other neurodegenerative conditions, a research team from the University of Montreal, Canada, has discovered.

The study led by Antonio Nanci, a researcher and professor in the Department of Stomatology at the university, was published in the British journal Nature in early December.

The bacterium traditionally associated with the periodontal disease appears to also be linked to various neurodegenerative diseases such as Alzheimer’s, the researchers say, according to a press release published by the university on Tuesday. 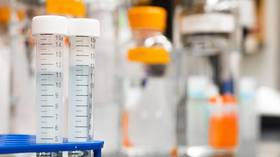 The protein expressed by junctional epithelium and present in the part of the gums that surrounds the teeth may slow the replication of P. gingivalis and even destroy it, revealed the study, which also involved scientists from Laval University, Quebec, and McGill University, Montreal.

“As we have known for some years, oral infection by P. gingivalis is one of the major risk factors for the development of Alzheimer’s disease,” Nanci said, adding that, since “SCPPPQ1 may slow the growth of this bacterium and even destroy it, we can attack the cause of problems at its source and help prevent more than one disease.”

The discovery opens up a new way of treating and potentially preventing the development of Alzheimer’s disease, the team believes, since the protein can be used to prevent the bacterium from getting into the human body through the gums in the first place – and potentially combating it if it does get in. 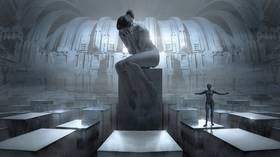 “This protein might offer an additional strategy for addressing the problem of bacterial resistance,” said Charline Mary, a postdoctoral researcher who co-led the study.

According to Nanci, the protein could be used “as a treatment approach to check the effects of bacteria in the brain or at other sites to which they spread.”

The team now plans to continue the research to study the protein’s antimicrobial potential in depth. They suggest it could be added to a toothpaste to potentially destroy the bacteria, including those that have already penetrated the epithelium seal between the gum and the tooth.

“This is the start of an exciting, promising adventure that brings dentistry back to the forefront of overall health,” said the professor.