Levels of HIV drug resistance are on the rise and a new approach is urgently needed. Nearly half of all infants diagnosed with the virus are resistant to intervention, figures just published by the World Health Organization show. 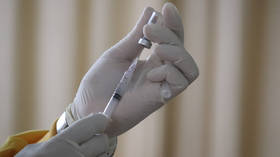 “Based on the most recent studies from surveys conducted in 10 countries in Sub-Saharan Africa, nearly half of infants newly diagnosed with HIV carry drug-resistant HIV,” Thursday’s report said.

The World Health Organization (WHO) warns that, while antiretroviral therapy has proved a successful suppressant, with 27.5 million people currently receiving it globally, resistance to the drug is growing, and an increasing number of countries are reaching the all-important 10% threshold of resistance.

According to the report, “routine surveillance” of resistance, along with the search for alternatives, will be the main ways to minimize the transmission of drug-resistant forms of the disease. As of 2020, just 64% of countries with high levels of infection had national action plans to prevent, monitor, and respond to HIV drug resistance.

WHO Director General Dr Tedros Adhanom Ghebreyesus noted that misuse of antimicrobials may be one cause of drug resistance.

“Antimicrobials – including antibiotics, antivirals, antifungals, and antiparasitics – are the backbone of modern medicine. But the overuse and misuse of antimicrobials are undermining the effectiveness of these essential medicines. We can all play a part in preserving antimicrobials and preventing drug resistance,” Ghebreyesus said, as quoted by The Guardian.