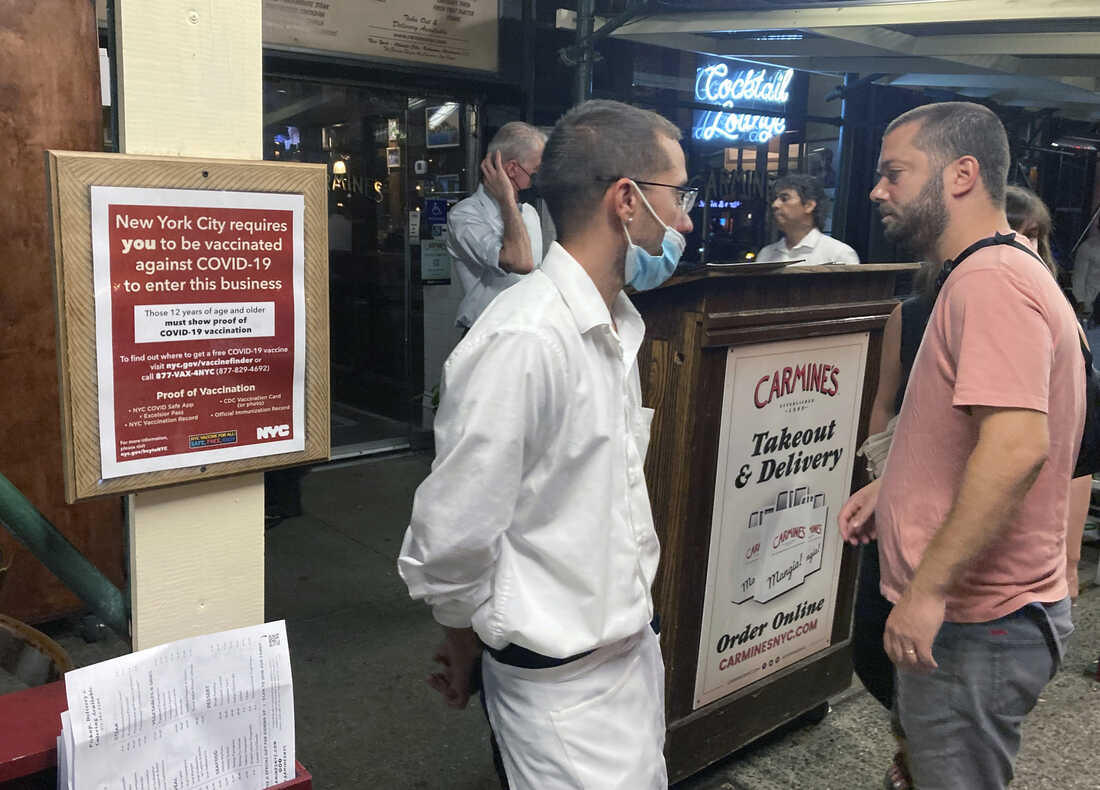 A sign informs customers they must show proof of vaccination against COVID-19 to dine indoors at Carmine’s Italian restaurant in Manhattan in August. 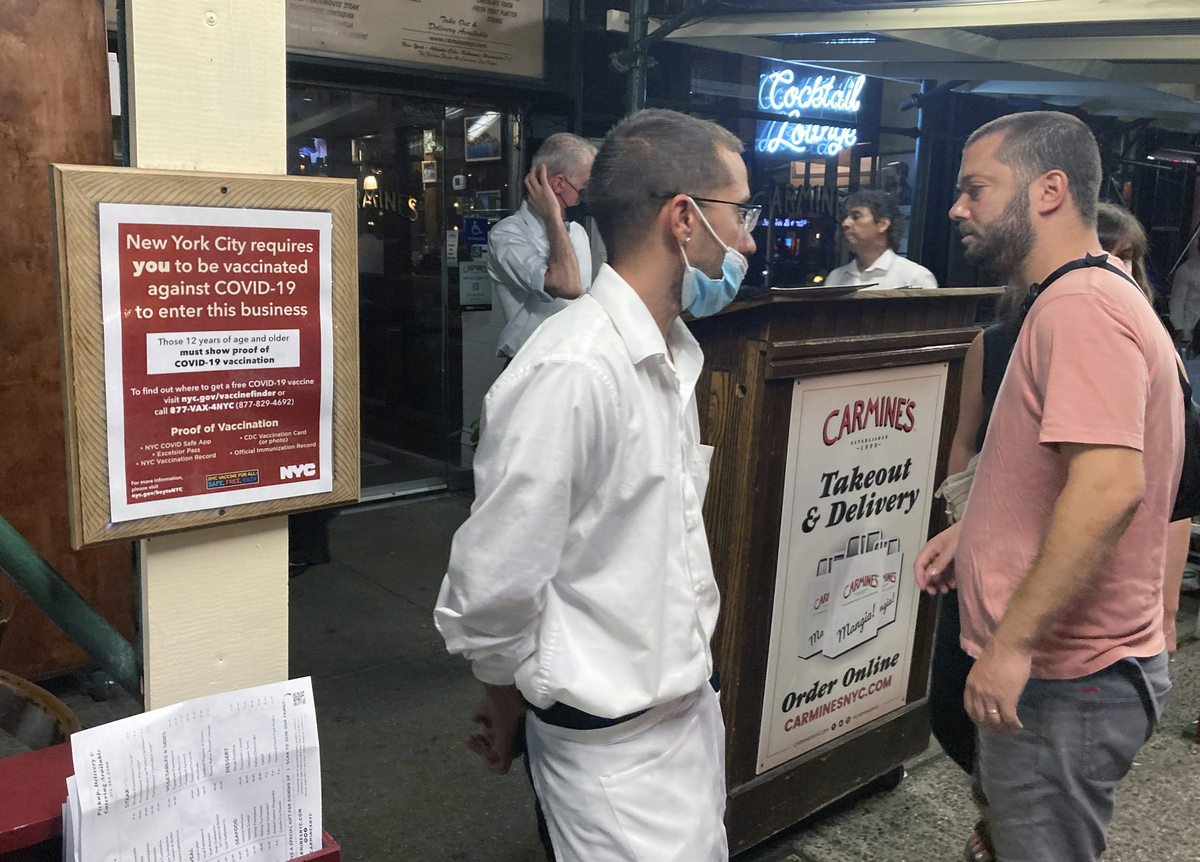 A sign informs customers they must show proof of vaccination against COVID-19 to dine indoors at Carmine’s Italian restaurant in Manhattan in August.

Three tourists were arrested after allegedly assaulting a restaurant hostess in Manhattan after she asked for proof of their vaccination status before they could be seated.

Footage obtained by NBC New York shows an intense scuffle outside of Carmine’s Italian restaurant on the Upper West Side on Thursday evening. The three tourists, who are from Texas, are alleged to have begun repeatedly punching a 22-year-old hostess after she asked them to show proof they were vaccinated before entering the restaurant, in accordance with local regulations.

The hostess had to be taken to the hospital after the attack, according to NBC New York. Police arrested three women — 21-year-old Tyonnie Keshay Rankin, 44-year-old Kaeita Nkeenge Rankin, and 49-year-old Sally Rechelle Lewis — and they have since been charged with misdemeanor assault and criminal mischief, according to a Gothamist report. They are scheduled to appear in court on Oct. 5, the outlet reports.

The attack happened just days after an executive order went into full effect requiring places of business like restaurants and movie theaters to check for proof of vaccination before allowing potential customers indoors, or else risk a $1,000 fine. Los Angeles County is slated to unveil similar rules for indoor bars and other recreational businesses next month, according to the Associated Press.

In a statement to NBC New York, a spokesperson for the restaurant said that “it’s a shocking and tragic situation when one of our valued employees is assaulted for doing their job — as required by city policies — and trying to make a living.”

In response to the attack, the NYC Hospitality Alliance said in a statement that they are calling for Mayor Bill de Blasio to implement greater penalties for those who assault restaurant workers and to raise awareness about the city’s vaccine requirements.

Violence against employees who are tasked with enforcing mask mandates and vaccination requirements has become a problem amid ongoing division about vaccines and COVID-19 safety protocols. In 2021, officials have assessed more than a million dollars in fines for airline passenger misconduct, and many of those incidents involved unruly travelers who assaulted or otherwise harassed airline employees trying to enforce the federal mask mandate, the Federal Aviation Administration said last month.

President Biden condemned violence against airline employees and other workers earlier this month, calling it “wrong” and “ugly.”

The U.K.’s early approach to the pandemic cost thousands of lives, a new report says

‘Get the Shot: Unvaccinated Virginia Parents of 4 Die of COVID-19 – NBC4 Washington